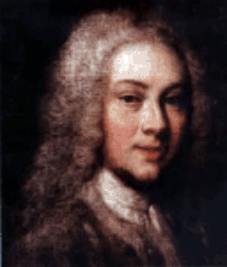 We have written several earlier articles about the polymath and sage Emanuel Swedenborg from Sweden. For 27 years he exhausted himself in trying to explain the true meaning of many topics including the Christian religion, the Bible, the angels and demons of heaven and hell, the last judgment, the future world religion and the meaning of a true marriage based on spiritual belief. He instructed people how to reach heaven and how to create a spiritual marriage.

As for the last judgment and the future world religion we have already described how Swedenborg with great precision anticipated the emerging of Falun Gong at the End of Times by an enlightened man from China to balance the evil powers. He also predicted the persecution of Falun Gong in China and the emergence of the beast(Jiang Zemin) in China to represent the devil at the End of Times.

What is less known to many people is how Swedenborg talked about different ethnic groups and their spiritual talent. Especially he was impressed by some african people and some Asian people while gentiles as a group had the worst spiritual base according to Swedenborg. In this article we will focus on the African people.

What is the African people´s spiritual situation today compared with other ethnic groups? It is actually very good and there are fewer african atheists than there are atheists from other ethnic groups. Religion is very much alive on the African continent – more than elsewhere. I remember once in Germany where I met a Christian student from Tanzania on a plane. She told me that their churches are full and their spiritual inclination and faith is very much alive. In Europe she found the churches empty and lifeless.

These stories are very much in line with Swedenborg who explained the great differences between gentiles and Africans in terms of spiritual inclination.

Below some famous quotes from Swedenborg on this matter. Remember that Swedenborg´s conversations took place in his meditative state where he could communicate with spirits, angels and demons from anywhere in the heavens.  So these communications are telepathic and have nothing to do with a personal meeting in the human world.

”As the Africans surpass all other Gentiles in interior judgment, I have had conversation with them(”black souls” in heaven – editor´s note) on matters of more profound inquiry, and latterly about God, and the Lord the Redeemer, and about the inner and outer man.”(True Christianity)

”Furthermore, internal men perceive that what they know compared with what they do not know is like water in a pitcher as compared to that in a lake; while external men have no other thought than they know everything. The Africans were delighted with these remarks, because from the interior vision in which they excel they recognized that it was so.” (True Christianity)

”Because the Africans are such, a revelation has been made among them at the present time, which is spreading round about from the region where it began, but has not yet reached the coasts. They keep aloof from European strangers who believe that man is saved by faith alone, and thus by mere thought and word, and not by will and deed also; saying that he is no man who has any worship and fails to live according to his religion, for then he must become stupid and wicked, because he then receives nothing from heaven.” (True Christianity)

”Moreover, the Africans are more receptive than others in this earth, of the heavenly doctrine – which it was given to know from the spirits who are thence. These willingly receive, from the angels, the doctrine concerning the Lord. They, more than others, have it implanted in themselves that the Lord must appear altogether as a man, and that it can by no means happen otherwise. They are in the capacity of receiving not only the truths of faith, but especially its goods. They are of the celestial genius.” (Spiritual Diary)

”Among the heathen in heaven the Africans are most beloved, for they receive the goods and truths of heaven more readily than others. They especially wish to be called obedient, but not faithful. They say that as Christians possess the doctrine of faith they may be called faithful; but not they unless they accept that doctrine, or as they say, have the ability to accept it.”(Heaven And Hell)

”Furthermore, I was conducted in spirit to others in Africa; and this region is known to Europeans, and in the maps is called Ethiopia, where a noble race dwell in tents.”(Spiritual Diary)

”You Christians deduce the origin of conjugial love from love itself; but we Africans deduce it from the God of heaven and earth…  Love truly conjugial is known only to those few who live near to God; consequently the potency of that love is known to none else. This potency is described by the angels in the heavens as the delight of a perpetual spring…THE AFRICAN IS TO HAVE THE TURBAN.”(Marriage Love. Editor´s note: Africans won the contest in heaven about how to understand true marriage love.)

From these above mentioned quotes we see that all african people and especially those in the more central parts of Africa excel in spiritual depth  and that they have superior capacity to perceive truths from heaven. Gentiles may excel in rationality on earth but when it comes to spiritual matters they are in general primitive compared to Africans.

In some American Indian legends black people are the guardians of the water, the life giving element on earth. Water is the most powerful element and many africans excel in athletic sports.