In this article we will focus on the dialectics of our modern world. Dialectics can be explained as the discourse between opposing views. The most obvious example is the political conflicts between left and right wing parties. This dialectic conflict was described in the 18th century by Hegel who introduced a process of three steps in every conflict, that is thesis-antithesis-synthesis.

Imagine that you are in control of both sides of the conflict and you know which synthesis you want. In that case you influence both sides to agree on a synthesis which is in line with your wishes. And then you repeat these conflicts many times and gradually you can reach your goal in the end. As we have shown in several articles and videos about marxism it dominates the west today and the marxist idea is to bring chaos and dissension between people and countries in order to weaken the whole society. In the final step the globalists can arrange a new threat or a conflict that makes people submit to their ultimatum – world dictatorship and world religion(satanist) where the government is a theocracy and all officials and clergy are worshipped as living Gods by the slaves – the masses.

‘All warfare is based on deception. Therefore, when capable, feign incapacity; when active, inactivity. When near, make it appear that you are far away; when far away, that you are near. Offer the enemy a bait to lure him; feign disorder and strike him… Keep him under strain and wear him down. When he is united, divide him. Attack where he is unprepared; sally out when he does not expect you. To subdue the enemy without fighting is the supreme skill… if ignorant of both your enemy and yourself, you are certain in every battle to be in peril’. SUN TZU, ‘The Art of War’,

”The devil’s finest trick is to persuade you that he does not exist.”

Both Anatoliy Golitsyn and Yuri Bezmenov – well informed defectors of the KGB – said that the Chinese General Sun Tzu(500 BC) was a great inspiration for the global communist conspirators. Democracy was the most effective system in order to subvert the whole world with people embracing it.  They combined Sun Tzu´s deception tactics with the dialectic manipulation of Hegel and finally the Machiavellian principles of “divide and conquer” has pushed our civilization to the brink of collapse. These people secretly control and push all democracies towards marxism. Their plan is to arrange and control the final world conflict and then quickly seize power during the confusion and fear among the masses. 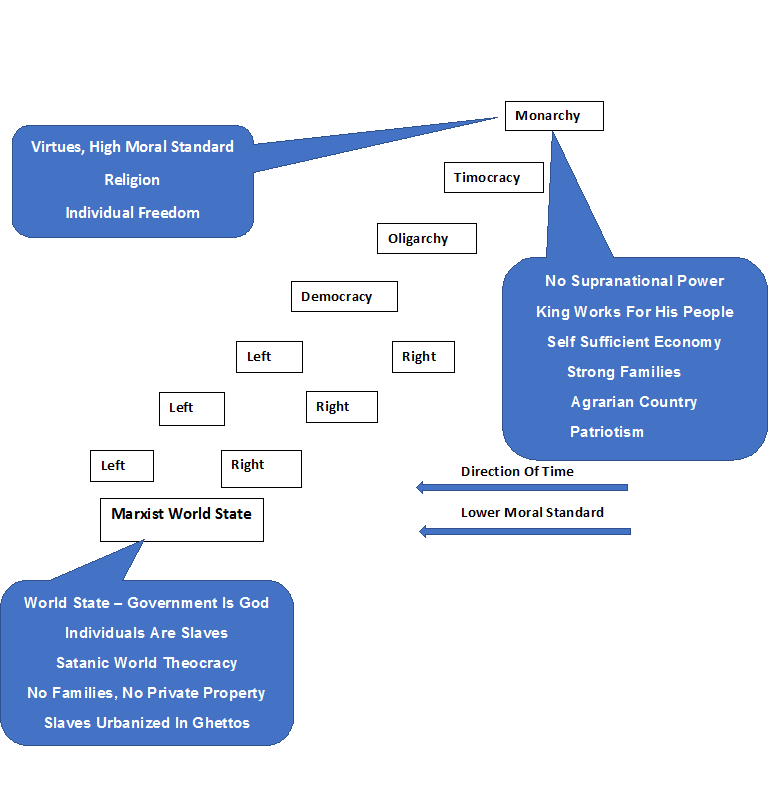 Dialectics Pushes Our World Towards A World Tyranny

It is impossible to understand Marx’s “Capital” completely, and especially its first Chapter, without having thoroughly studied and understood the whole of Hegel’s Logic. Consequently, half a century later none of the Marxists understood Marx!!

All dialectics work by creating and controlling conflicts(thesis-antithesis-synthesis) through MSM(Main Stream Media) and politicians. Gradually the globalists push society in their own direction without people understanding how and why it happened.

Synthesis: Converging, merging and marriage of Communist (socialist) substance (content) with democratic format, or ‘democratism’ [ = ‘convergence’]. This use of ‘democratic’ form is deceptive: it is the essence of the strategic manoeuvre which is intended to secure the final world victory of Communism. “

Here, in addition to Hegelian dialectics, the Communist strategists took Sun Tzu’s advice. Sun Tzu wrote: ‘I base my plans for victory on form, but this is not understood by the common man….” 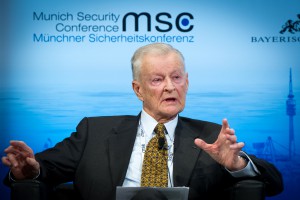 Zbigniew Brzezinsky is a famous globalist with top positions in the upper echelon of the US Society such as CFR , Bilderberg and the Trilateral Commission. He has spilled the beans about the future plans of this elite group of globalists that control the politicians of almost every country.

“We have a large public that is very ignorant about public affairs and very susceptible to simplistic slogans by candidates who appear out of nowhere, have no track record, but mouth appealing slogans.”

“The technotronic era involves the gradual appearance of a more controlled society. Such a society would be dominated by an elite, unrestrained by traditional values. Soon it will be possible to assert almost continuous surveillance over every citizen..”

“In the technotronic society the trend would seem to be towards the aggregation of the individual support of millions of uncoordinated citizens, easily within the reach of magnetic and attractive personalities exploiting the latest communications techniques to manipulate emotions and control reason.”

”Persisting social crisis, the emergence of a charismatic personality, and the exploitation of mass media to obtain public confidence would be the stepping stones in the piecemeal transformation of the United States into a highly controlled society.”

“This regionalization is in keeping with the Tri-Lateral Plan which calls for a gradual convergence of East and West, ultimately leading toward the goal of one world government. National sovereignty is no longer a viable concept.”

After reading the quotes by Brzezinsky we see a clear picture of a person who endorses the global dialectic process of:

How do we explain his morality considering that he believes an elite must rule the world without any restraints of ”traditional values”?  Doesn´t that sound exactly like a satanic Globalist with no respect for human life? Furthermore, the desire for absolute, unrestrained power over the masses is obvious.

People believe that they have “democracy” but that´s just an attractive illusion to implement the essence of communism without people realizing it and even embracing it. The result which is more and more obvious today is destroyed families, religion, optimism and patriotism. Then there is unemployment, poor health and economy etc. According to prophecies this is the moment when the Gods will show themselves and shock the whole world. When everything has been lost this kind of miracle will occur. According to many prophecies 2017 is exactly that year.