Jacob Frank- The Father Of Western NWO And A Satanist

Many people know about the New World Order(NWO) in the western world. However, on this website we have revealed some truths about the eastern part of the NWO which is said to be ruled by Lamas from Tibet with sorcery.

The Antichrist coming from Asia was also prophecied by many Christian and Buddhist prophets since ancient times. The head of the Lamas that we know of is the Dalai Lama and many believe he is the one predestined to become the Antichrist. According to propecy the Antichrist will come from India and spread his teachings to the west. This is exactly what has happened with Dalai Lama who resides in India.

The Lamas Will Eliminate The Rothschild NWO Empire?

Next we look at some outstanding prophecies about this extremely intriguing part of the future:

”One day we asked St. Martin of Tours about the End of the World, and he said that Nero and the Antichrist would come first. Nero would subdue ten kings and rule in the countries of the West. A persecution he was to impose would go so far as to require the worship of heathen idols(eastern Europe communist countries). Antichrist would first seize the empires of the East(China and the rest of Asia); he would have Jerusalem as his seat and imperial Capital(in process as we speak). Both the city and its temple were to be rebuilt by him. His persecution would require the denial of Christ’s divinity (he himself pretending to be Christ) and would by law impose circumcision on all. Finally, Nero(King of western NWO) himself was to perish at the hands of Antichrist. In this way, the whole world and its peoples would be brought under his yoke, until, at Christ’s coming, the impious imposter would be overcome.” (Sulpicius Severus, 4th century AD)

Editor´s note: Here we see the first prophecy mentioning how ”Nero” will be killed by the eastern Antichrist. There are other ancient prophecies indicating the same thing.

”Antichrist will come as the Messiah from a land between two seas in the East(Editor´s note: India).He will be born in the desert; his mother being a prostitute to the Jews and Hindus; he will be a lying and false prophet and will try to ride to heaven like Elias. He will begin work in the East, as a soldier and preacher of religion when thirty years old. Antichrist and his army will conquer Rome, kill the Pope and take the throne.He will restore the Turkish regime destroyed by the Great Monarch. The Jews, knowing from the Bible that Jerusalem will be the seat of the Messiah, will come from everywhere and accept Antichrist as the Messiah. He will be able to fly. His flight will take place from Mt. Calvary. He will tell the crowd he is going after Henoch and Elias (who has arisen from the dead) in order to kill them again.” (Ven Benjamin Holzhauser; circa 1650)

Editor´s Note: Here we see Holzhauser mentioning that the Antichrist from the east will conquer Rome, take the throne and kill the Pope. The pope mentioned here is most probably not the pope we see on television.

Ragno Nero in his phenomenal prophecies ”Eternal Book” describes the death of the 72 secret western rulers(editors note: the Sanhedrin?) in 2019: 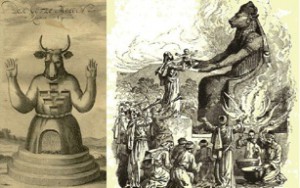 Belial recalls in his kingdom of darkness satanic incarnations,

sent to earth to sow ruin in the world.

This time you’ll see the snakes, which appeared in the world,

as men of genius, as benefactors of progress and architects.

Adramelech was a highly respected politician;

and he will return to being an ox.

Amon was a high-ranking priest;

and he will return to being a wolf.

Haborym was a man of power;

and he will return to being a snake.

Moloch was a man of law;

and he will return to being a bull.

And then there will Alouga, Deber, and all seventy-two dignitaries of Satan, who held great political or religious power in the world.

And this is the time when you will find that for nearly a century this part of the world has been led by the family of the “Evil One”. Do not cry on a pile of coffins, because inside there are only snakes!

Do not weep over the river that left the bank, because the water had to purify that land!

Men who aspire for power with greed is always a satanic incarnation regardless of their ideas.

And those are the worst weeds of the earth. And those weeds are always ready to hit man the hardest.

Editor´s Note: This is interesting since Ragno Nero discloses that there are 72 dignitaries ruling our part of the world(the western world) and they will all face horrible death in 2019. Let´s have a look at the history of the number 72 in connection with secret occult powers:

Everyone knows that in old times there was a Sanhedrin in every city with 72 dignitaries(71 plus a King). Many jews have come out and claimed that the Sanhedrin very much exists today and that it still rules the western world secretly. It seems like many of our western leaders also have chosen the number of 72 to be their ”magic number”.

President Franklin Roosevelt  had seventy-two advisors around him when he led the USA into World War II of whom fifty-two were known Jews. The Elders of Zion consist of the Sanhedrin, the highest Jewish authority since Biblical times, officially numbering 71, and the Judaic texts also reveal the existence of a King, making it 72 in total. In Britain in 1999, the Labour government admitted that it has 72 official ”advisors” or ”spin-doctors”.

In 1945, Jewish lawyer and writer Henry Klein  revealed that the thrall the Sanhedrin holds over the Jewish people is a template for totalitarianism. He wrote:

”Corresponding with the date of Napoleon’s edict two centuries before, a ceremony took place in Jerusalem near the Temple Mount on October 13, 2004, that brought together 71 rabbis to re-inaugurate the ancient Sanhedrin.” (Sanhedrin revived)

One of the Sanhedrin’s first actions was to establish The Temple Institute, dedicated to the rebuilding of the Temple. Then in February 2007, the Sanhedrin and the Institute’s head, Rabbi Israel Ariel, purchased a herd of sheep for ritual sacrifice at the Temple site on the eve of their Passover.

Rabbi Ariel told reporters that the sacrificial ritual was to “demonstrate” that the plan to rebuild the Temple “is real and not just talk.”

The Current Geopolitical Situation In The World – Asia Is Stronger 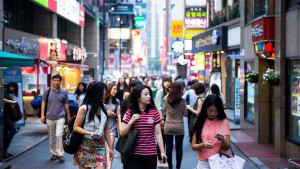 For about a century the western world held Asia in their grip with their advantages of early industrialization and military technology. Asia could not do anything about it because their rulers suppressed their countries industrial development at the same time as their communists were busy killing about a hundred million Asians. The western elite with the Rothschild family as their prime leader benefited a lot from this process as they sat on a veritable money monopoly through an intricate system where they could control the Federal Reserve Bank and the US dollar. However, today the US dollar has no gold standard and it´s a currency without any foundation and hence it can collapse at any time. This is the first danger to their monopoly.

Secondly, with cultural marxism in the west young people have lost their family ethics and also faith, work ethics and in many cases their health. Western people are weaker than ever. It might look like an advantage to an invader but at the same time it is a dangerous weakness for any ruler because you can´t defend yourself anymore when your own people become too weakened.

The eastern NWO leaders have arranged for China to take the world leadership and therefore it has created a homogenous population there with hard working people and highly educated people with traditional family ethics. In addition their military looks stronger and stronger and their food is more healthy. Cultural marxism has not taken over their society in the same way like in the west. Western industries have moved to China and the Chinese are amassing riches and they look stronger than ever.

The next natural step for these Asian NWO leaders will be to take over the west as we already see in the corporate world and the first step will be to eliminate the western NWO leaders according to prophecy. Let´s remember how Dalai Lama openly boasted about his magic powers when Mao Zedong died in 1976 when he staged an occult rite connected to the Kalachakra Tantra. ”On the second of the ceremony’s three days, Mao died. And the third day, it rained all morning. But, in the afternoon, there appeared one of the most beautiful rainbows I have ever seen. I was certain that it must be a good omen” (Dalai Lama XIV, 1990, 222).

As we can see in prophecies who are hundreds and thousands of years old there will be a collapse of the western NWO in the next two years and all the top leaders will pass away. Already now we see clear signs of an NWO collapse as more and more ordinary people realize the horrible truth about satanists ruling the world under the cover of different religions, political parties and multinational companies.

Will these prophecies come true? As we have seen earlier on this website, almost every orthodox prophecy has come true and we have dates for every major event during the next 10 years from Ragno Nero. If we have traitors running our whole world as prophecies tell us – then their time seems to be running out very fast according to prophecy. Their time to rule is almost up and the next phase approaches.