Putin´s Passport Shows That His Mother Is Jewish

Everyone knows that President Putin is hated more than anyone else in MSM in the west. Not a single day goes by without media rebuking him. In fact he is rational and tells many truths about the world at large when he is interviewed. Where are his real sympathies actually? How could he become the KGB chief in the 1990s if he wasn´t part of the same globalist group of people controlled by the super bankers and on top of them the Tibetan Lamas? Why hasn´t he revealed that his mother is Jewish? There are many question marks surrounding President Putin and his ascension to the top.

Is Vladimir Putin just another puppet of Rothschild and ultimately the Tibetan Lamas ruling the world? If we look closely we can see that Putin even wears the red Kabbalah string at work sometimes. That´s a sure sign that he belongs to the jewish secret society. At the same time it might be that he plays the same game as Stalin did – which means that he will use Russia´s resources to battle the NWO for his Russia´s independence. Being on top of Russia is no small thing and Putin is definitely sharp enough to battle the western top jewry. Furthermore, he is healthy, calm, strong and intelligent when he talks. If we compare Putin with Hitler it´s clear that Hitler was a mere puppet without any mental capacity to rule a big country. So the comparison is not correct although both rulers might have some jewish roots and they were groomed as youngsters by the NWO. 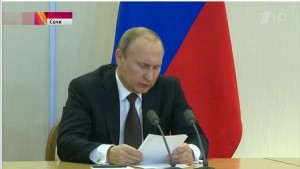 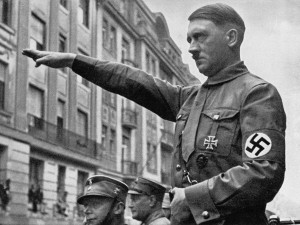 The only remaining question is if Putin really wants to follow orders from the globalists or if he is strong enough to play his own game? We all remember Adolf Hitler. He said that he was against the jews and that he wanted to support the aryan race. But many people including MSM claim that Hitler was the grandson of a Rothschild jewish super banker. Not only that, he was just a puppet being used by the Rothschild controlled super bankers to create another world war and destroy Russia, Germany and many other countries along with making enormous fortunes out of the war. Interestingly the Nazis were zealous zionists – another obvious sign of their puppet status.

What is Putin doing in Syria? He actually undermines some of the Israeli influence down there by helping another nationalist, Assad stay in power. The end result in any case is that Syria is destroyed and millions of refugees are coming to Europe.

Conclusion – Putin Is Controlled Opposition But China Is On Top

If we take a close look at Putin he is a strong leader who has had real power in Russia for at least 25 years. This is a sign that he went from being controlled to becoming uncontrolled by the western NWO. Usually the NWO globalists don´t want any strong politicians in power for a long time because then they can take over the military and the real power of the country. American Presidents and other western leaders only keep their power for about 8 years and then they are gone. If someone can control Russia like Putin has done for such a long time it´s a sure sign that he is out of control. Israel´s(and the US) power diminishes by the day and China takes over as the western economic bubble of credit will burst. The only real long term money is gold and silver.

On the other hand it looks like Putin plays the game very well with the ”western jews” – perhaps because he knows all their tricks and they can´t deceive him. As it stands it is more likely that Putin has a secret alliance with the eastern NWO(also called the Lamas or eastern jewry) which makes him more and more close to China.  China on their hand is looking for the natural resources and territory from Russia. This is a game where the NWO(both eastern and western) will attack the whole world suddenly in 2017 and that is the magic moment when according to many prophecies the Lord will suddenly intervene in a miraculous way.

The interesting thing here is that Putin is prophecied to battle the Antichrist in WW III – in the form of both China and the Western countries who are all controlled by satanists(just like Russia is said to be controlled by them). China will steal Siberia from Russia by slowly mass migrating Chinese into that region. On the west front there will be a kind of equilibrium according to prophecy and it´s possible that the North of Europe will align with Russia and fight the southern part of Europe. These are all events predestined for the next phase of our human civilization which is prophecied to start in September 2017. What is certain is that the NWO will lose everything and not only that. The whole of mankind will be embroiled in a battle of good vs evil.