We have been tracking the world news closely during the last few days and to most people it seems like September 23 passed without any noise. On the news front it looks reasonably quiet and there might be some people who say ”hah, got you, nothing happened!”.

Let´s take a close look at events during the last month or so. What has happened in terms of geopolitics and natural disasters?

What is then on the horizon? More natural disasters will come as the warning signs for mankind become more and more serious.

The Ba(a)Li Volcano And Others Are Waking Up Quickly 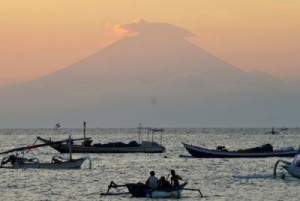 Erupting volcanoes seem to be next in store for mankind and Mount Agung(3 000 meters high) on Bali island seems to be the biggest and most prone to erupt during the next few days and 75 000 people are now on the run on Bali island. Isn´t it normal that a volcano erupts now and then? That´s normal but what is not normal is that at the same time there are a number of big volcanoes threatening to erupt across the world.

Now the interesting thing with the name Bali is that it has two words, Bal and Li(sharing the L). Baal with two a´s has a meaning of one of the seven princes of hell in old times and according to some reports his power is the strongest in October….

As for Li we know from previous articles that the saviour of mankind is supposed to carry the name of Li, as in Elijah of the Bible, Gullintanne in Norse mythology or simply Li Hong in Daoist eschatology.

We have a huge volcano threatening to go off in Bali and the name Bali should give us enough warning signs as a form of battle between good and evil.

Then we have Vanuatu island with a volcano threatening to erupt any day and 4 000 people have already had to flee. Another example is from Italy where the ”Daily Star” recently ran an article that stated Italy´s ”Supervolcanoes: Mount Vesuvius and Phlegraean Fields could both erupt ‘at any time’.

Over in Iceland we can read about the infamous Katla volcano now waking up: ”Katla last erupted in 1918. Never before in recorded history, dating back to the 12th century, have 99 years passed without an eruption from the volcano. Eight out of the last 10 eruptions at Katla have occurred between September and November, when glacial melting is believed to create conditions for the magma to burst forth.”.

Over in the U.S. we have the Yellowstone super volcano news:

”Record earthquake levels at supervolcano sparking fears it will BLOW”.

Over in Mexico City people were scared by apocalyptic visions when the Popocatepetl volcano had an eruption at the same time as the big earthquake last week.

What Does Prophecy State About Volcanoes?

From the Bible we can read about volcanoes at the end of times: “The mountains quake at Him, and the hills melt [lava-producing volcanoes]…” (Nah. 1:5). 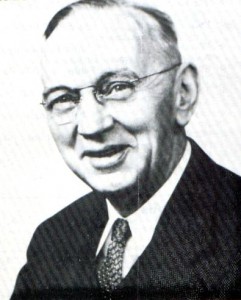 Famous prophet Edgar Cayce predicted that when we see noticeable eruptions in the long-quiet volcanoes of Vesuvius(now waking up as above mentioned!) or Mount Pelee, then three months later there will major earthquakes along the southern coast of California that will cause an inundation of the land from the Salt Lake in Utah to the southern portions of Nevada.

Mt. Vesuvius is the infamous volcano that destroyed the ancient city of Pompeii in 79 A.D. It is located east of Naples, Italy. It is considered to be one of the most dangerous volcanoes in the world.

If either one of these two volcanoes erupts, Cayce predicts that earthquakes will follow three months later in the southern coast of California, and these quakes will cause a damaging flood from Utah to southern Nevada.

All these prophecies show us that mother earth is angry at mankind at the end of times and that is why she sends all the natural disasters as warning signs. 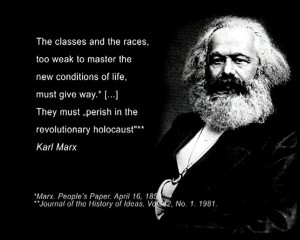 Marxism is the real enemy of mankind

I expect the next month or so to be more intense than ever as we approach the 100th anniversary of the Bolshevik October revolution in Russia. The real demon of mankind was and still is the marxist culture which turns government into God and enslaves man under government controlled by Luciferians.