After the end of 2017 we can conclude that while the really big things didn´t happen in the human world we could see abundant signs of the things that are just about to happen.

On the natural disaster scene the three hurricanes against the U.S. were probably the most outstanding events. While the Bali volcano is yet to fully erupt we notice that it´s still spewing smoke every day.

On the political side things have really heated up both in the middle east and in the U.S. with Donald Trump assuming his presidency.

In Syria the Israeli proxy which is called the U.S. suffered a big defeat against Russia who is said to be the first Chinese proxy. We can see that just after the major battles were finished in Syria the Chinese made some important trade deals with Syria showing that they were always behind the Russians in this conflict too. It might also show that the Chinese have decided to take over the middle east from Israel.

As for the cultural war there has been a persistent effort to Islamize Europe by the western elite for the last few decades and now their plan is more or less open. As Hegel said in the 19th century, the end effect of an islamization is that after islam takes over a country all moral standards haven been destroyed and that is exactly the hidden motive here. To use religion as a weapon against the people. Without the  ten commandments of Christianity and a visible God there is all the more opportunity for the leaders to install a dictatorship and claim that anything which happens it´s God´s will. These leaders forget that there are good and evil Gods according to Norse mythology. I am confident that the creator does not want all morality destroyed in Europe and that is what all Europeans need to realize in order to create a future for Europe and its children.

We could also see that India, EU and the U.S. started to oppose China on the trade scene and it might be that the western elite finally has realized that the Chinese plan is to crush them altogether and take over the whole world. The Chinese are just hiding in the shadows for now and using their proxies such as Russia and North Korea. Probably they are just playing their favourite dialectic game in order to get a world war III that is already preplanned to the smallest detail. How many that will die and how the world government and the world religion will be implemented are major things that have been planned for many decades. China is already in control of the U.N. and the E.U. but seemed to loose influence towards the end of the year.

2018 – The Final Events Are Coming To Fruition? 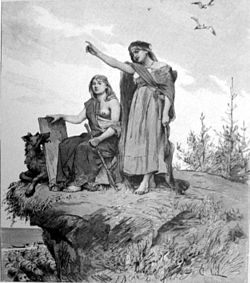 On the prophetic side we know that on July 20th 2017 we reached the magical number of 18 (6+6+6) years of persecution of Falun Gong and its universal principles of Truthfulness-Compassion-Tolerance. Now we have transitioned into 2018 so it´s still 18 years of persecution until July 20th 2018 and the year is 2018 – quite symbolic. The fact is that the evil forces use the exact opposite principles of Falun Gong, which are Deception-Hatred-Intolerance to the people of the world. That is the deeper reason behind the ferocious and irrational persecution of Falun Gong and it shows people a way out in the future. If people can apply the principles of Truth-Compassion-Tolerance against the evil system they will defeat it. It´s that simple. In reality the first step is perhaps the most difficult one since it involves standing up for truth and uniting people against the evil system and approaching the evil representatives.

We reached the third rooster year (year of yin fire rooster) in February 2017 after 1992 when Falun Gong was introduced to the public. We know from norse mythology that after the rooster crows down to hell (fire) Ragnarok will kick off and the wolf is loose. The year of the dog is next in February 2018.. We could speculate that dawn is here because the rooster crows in order to mark the beginning of daylight. When it´s daylight people will suddenly see the truth of matters and that is perhaps when they will be shocked and they want to fight for themselves and future generations.

In 2017 it was also 2 500 years since Buddha Gautama passed away. The birth pangs of the new civilization will start at that time according to his own prophecy.

Our prediction must be that the next great events are expected to happen between February and July in 2018, in the year of the dog and while the persecution has still gone on for 18 years. What mankind has been waiting for and speculated about since the beginning of times is finally here. Look at China and try to understand why Truth-Compassion-Tolerance has been wildly persecuted for so many years. It´s because the evil scared to death by those principles.