China Prophecy – the transformation from ”God´s Land” to ”CCP Land” 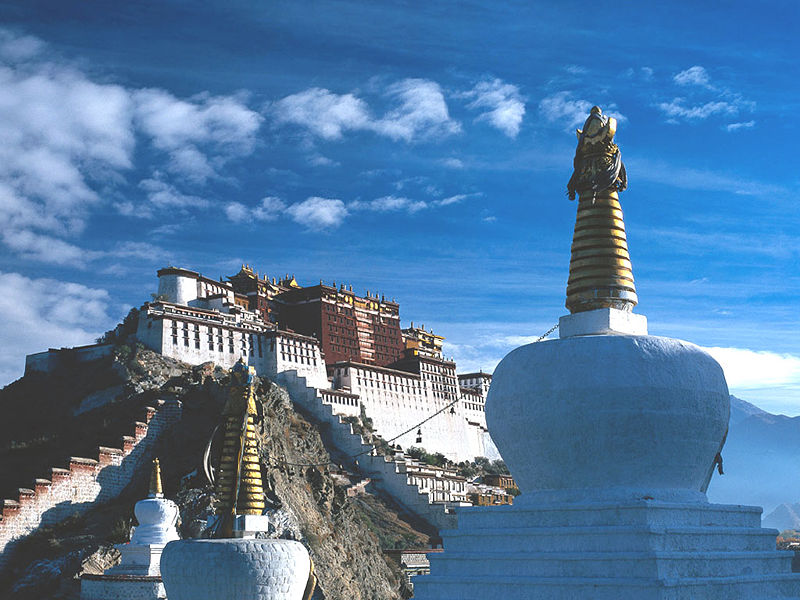 (Lhasa with the Potala palace in the background)

China has a history of five thousand years and the remarkable stories about the Chinese civilization are too many to recount here. China has had many dynasties and each dynasty had their special religious beliefs, clothing styles, architectural preferences and rites within family and government. There were some evil emperors in China but there were many kindhearted emperors that made it possible for China to flourish for 5 000 years. Perhaps the most famous one was Emperor Taizong during the Tang dynasty. He made the Tang dynasty a golden era and kindness was abundant in China as the Buddhist principles gained momentum.

There are many ancient stories about the wonders of China such as this one:

”There is no robber and thief in the state, no one suffers from hunger. One doesn’t need to take arms to defend himself even if he travels one thousand li. In the 12,000 li from Chang’an west to the border, buildings are adjacent to each other and mulberry and hemp are all over the countryside.”

Monk master Bodhidarma came to China during the Tang dynasty and he wrote the following touching words:

”He traveled from the wild borderlands to China. Seeing the golden disks [on the pole on top of Yǒngníng’s stupa reflecting in the sun, the rays of light illuminating the surface of the clouds, the jewel-bells on the stupa blowing in the wind, the echoes reverberating beyond the heavens, he sang its praises. He exclaimed: ”Truly this is the work of spirits.” He said: ”I am 150 years old, and I have passed through numerous countries. There is virtually no country I have not visited. Even the distant Buddha-realms lack this.” He chanted homage and placed his palms together in salutation for days on end. ”

All of the glorious past of China started to regress with the Opium trade during the 1800s. Those detrimental things were all imported from the Western colonial powers. Later on the CCP took power with help from the Soviet Bolsheviks. This marked the end of traditional Chinese culture. Below a short chronology of the CCP´s main historic events

1949: Mao Zedong seizes power and starts killing all his enemies in China, especially the elite of the Chinese society, the land owners and the bourgeoise.

1950s: The Great Leap kills up to 40 million Chinese, it was the deadliest famine in the world history. The CCP starts their three Communist organizations and start to force Chinese kids into making oaths to the Party. This is something evil prophesied by the Christian Bible:

1960s: The CCP destroyed traditional Chinese culture during the Culture Revolution by destroying the ”four olds”  which were old customs, culture, habits, and ideas.  It was a disaster for China and the world and even monks were killed and temples were destroyed.

1970s:  The cultural revolution ends in 1976 with Mao´s death. In 1979 the CCP adopts the one child policy to limit the population growth. Every year tens of millions(13 million in 2013 – only the official number from hospitals) of babies are killed by abortion.

1980s: Tiananmen massacre in 1989 takes place and thousands of students are killed.

1990s: The CCP reforms itself and adopts a capitalist model to try to mimprove the material standard for the Chinese people and hence garner their support. Jiang Zemin takes power in China and makes the Falun Gong movement its arch enemy. Approximately 100 million Falun Gong practitioners have suffered in different ways from the persecution. Internet is blocked from the Chinese people.

2000s. The CCP is suspected of having killed millions of Chinese people for their organs, the majority of whom have been Falun Gong practitioners. The CCP wants to expand its influence to other countries across the world, take control of the natural resources in Africa, South America, Antarctica and the North Pole. The CCP uses ”soft power” to infiltrate other countries, ie through the 400 Confucius institutes around the world. China purchases many Western companies and focuses alot on expanding its IT and Telecom companies influence, ie Huawei.

As of 2016 the CCP has expanded its influence all over the world with its aggressive state capitalism, disregarding all traditional moral standards, trying hard to paint a good picture of itself to the world´s people. At the same time it desperately tries to become the ruling world power by economic and other means of infiltrating foreign countries.

Is this a coincidence or has this rising up of a communist China been arranged eons ago? To find the true answer we digged into the historic documents from the great prophets and historic religions across the world. What we found out was astonishing and uplifting and we hope that all of our readers will continue to read our short summaries of the prophecies regarding China and the world at the end of times. 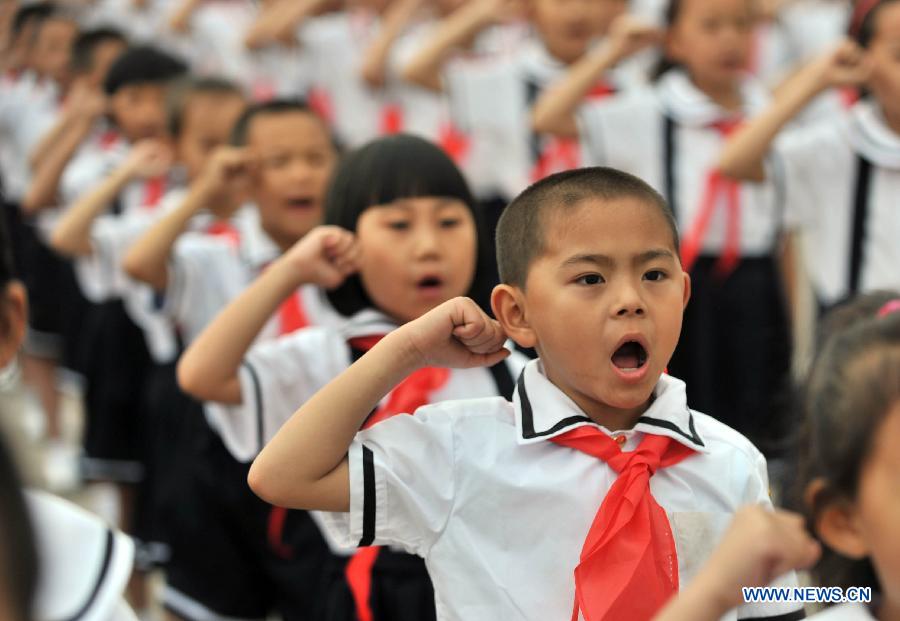 Six year olds kids in Beijing making an evil promise to the CCP. The kids must wear the red scarf in school.

16 And he causeth all, both small and great, rich and poor, free and bond, to receive a mark in their right hand, or in their foreheads:

17 And that no man might buy or sell, save he that had the mark, or the name of the beast, or the number of his name.

18 Here is wisdom. Let him that hath understanding count the number of the beast: for it is the number of a man; and his number is Six hundred threescore and six.

Now we compare with the promise that the Chinese kids give to the evil CCP in school. Isn´t it a promise with their right hand? Isn´t it true that anyone who is not a member of the CCP will have disadvantages in business?

Isn´t it true that the number 666 has been deciphered in prophecies? The man who is persecuted is none other than the Lord(Elijah in the Bible, Li Hong in Daoism etc) suffering on behalf of his disciples according to prophecy. And after 18 years his wounds will cause his blood to drip onto earth and cause huge fire explosions? That year is supposed to be 2017, 18(6+6+6) years after the beginning of the persecution of Falun Gong in China.

According to our understanding, most of the famous religions and prophets have shown in their scriptures that China will be the focal point of mankind at the end of times. Extremely good and bad will be balanced in China and the spiritual transformation of China is the key to understanding our current era.

”The glorious future of China will arrive with a prophesied and spiritual awakening – a natural reaction to the Communist era. The ancient prophets point to 2017 and 2019 being the big years of change in China.” (Editor)