Norse – about the goodness 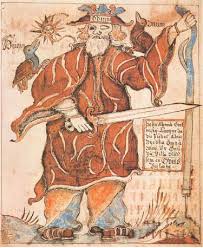 Norse prophecy arose in the Nordic countries thousands of years ago and give a very detailed picture of the end times and the reasons for its existence. In this faith there are both good and evil Gods and they fight each other until the very end of this world as we know it.

Our conclusion: As in many other religions and prophecies, the word Li appears in relationship to being saved at the end of times. With Li in your name you will make it into the future according to Norse prophecy. In Falun Dafa cultivation the Master(called Teacher in Western culture) is called Li Hongzhi. Just like the other prophecies the Norse prophecies predict a wonderful future world to arrive.

Ragnarok (Old Norse Ragnarök, “The Doom of the Gods”) is the name the pre-Christian Norse gave to the end of their mythical cycle, during which the cosmos is destroyed and is subsequently re-created. “Ragnarok” is something of a play on words; an alternate form, which sounds almost identical when spoken, is Ragnarøkkr, “The Twilight of the Gods.”

It is also stated in their scriptures that:

”River falls from the east
through venom dales
with scissors and sword;
Slídr is its name.”

About the future cosmos and on earth, it will be more wonderful than ever according to their propohecy:

In wondrous beauty | once again
Shall the golden tables | stand mid the grass,
Which the gods had owned | in the days of old,

Then fields unsowed | bear ripened fruit,
All ills grow better, | and Baldr comes back;
Baldr and Hoth dwell | in Hropt’s battle-hall,
And the mighty gods: | would you know yet more?