Swedenborg – about the evil 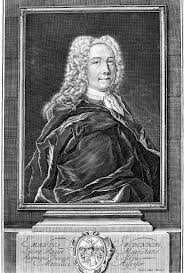 Editor´s note: Emmanuel Swedenborg´s legacy is one of the greatest in the Western world. He has been called things such as Buddha of the North and his prophecies include a complete description of the real meaning of the whole Christian Bible as well as a  description of the main events in the human world during the End of Times.

According to Swedenborg the “New Church” will be born in China during the End of Times and the Son-of-Man will spread its teachings across the whole World. The practitioners of this “New Church” will be persecuted by evil people and the evil people´s actions will reveal their true intentions. According to Swedenborg the real meaning of the End-of-Times is to separate good people from evil people by letting all people show their true actions when they have freedom in the human world to choose between good and evil.

Arcana coelestia: “”the dragon and his angels” and afterwards “the beasts,” mean those who will assault the church and its doctrine. This vision is called “a great sign” because a “sign” means Divine manifestation respecting things to come, and attestation, here respecting the coming church and its doctrine, and also the assault upon it by those who are meant by “the dragon” and “the beasts.” This is called a “sign,” because it manifests and attests. “