Swedenborg – About The Goodness 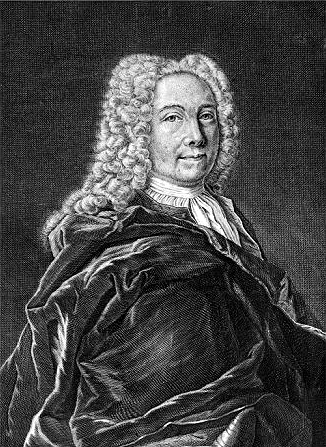 Emanuel Swedenborg was born in Stockholm in 1688, as the son of a famous Swedish bishop. At a very early age, Emanuel showed special gifts. Very quickly he became a famous scientist, philosopher, metallurg etc, a true polymath of his time like Leonardo da Vinci. He worked extensively at the copper mine of Falun city in Sweden. He had exceptional abilities to enter into concentration and he could hold his breath for several minutes from an early age.

At the age of 57 Swedenborg had a sudden epiphany and he met the Lord, and the Lord started teaching him about spiritual matters. From then on he could enter into the spirit world and he could see many things that other people can not see.

It is reported that he had proven supernormal abilities too and he told people in Gothenburg when the royal castle in Stockholm caught fire and was destroyed. One week later the courier arrived and confirmed his story. He realized that his life purpose was to explain the Bible´s true meaning and the facts about the future “New Church” that would spread across the globe and save the predestined people at the end of Times.

Swedenborg wrote tens of thousands of pages in his scriptures and he said that he was “The Last True Prophet”  – because nobody was allowed to come after him because it would be too near Judgment time. He said many other things, ie he reported that black people from the central parts of Africa had very good spiritual talent. Later on he became widely popular in Africa.

Some key statements of Swedenborg from his books “True Christianity/New Church”:

Today we can see Falun Dafa being spread across the world from China by one man of flesh and blood and that his followers are heavily persecuted by the Chinese Communist Party. This is exactly in line with Swedenborg´s prophecies.

Our Conclusion: Swedenborg wanted to help people understand the true meaning of the Christian religion and how to be saved from destruction at the End of Times. “True Christianity” or “New Jerusalem” that he spoke of could be a reference to Falun Gong.