For most modern people it´s impossible to “prove” the existence of divine beings. What is the situation in the human world considering the vast mental differences between people? In this article we discuss the difference between people and the logical reasons for divine faith.

The Human World Needs Opposites Just Like In Physics

Some of the natural differences between different human beings are listed here:

Secondly, what is the meaning of life? Some people would say that it is to enjoy comfort and luxury while others would say that it is to work hard and improve one´s character. Again we see the opposites very clearly. In Christianity the strategy is to make less and less sins while in Buddhism the strategy is to not be attached to anything worldly. In all orthodox  religions it is said that suffering in the human world is a good thing in order to be able to pay back our sins/karma and go back to heaven.

Is there a better way of looking at the meaning of life considering that most human beings are extremely limited by their human senses and can´t see many things? 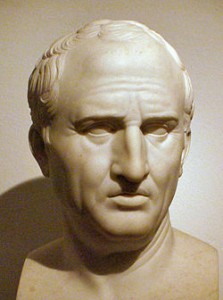 Cicero – A Sage Who Was Murdered For Telling Truth

“If I err in belief that the souls of men are immortal, I gladly err, nor do I wish this error which gives me pleasure to be wrested from me while I live. “ 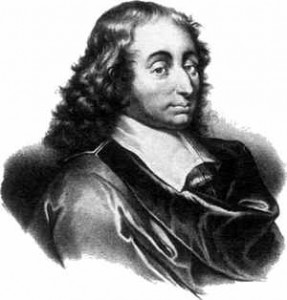 Blaise Pascal was an excellent mathematician who wrote about the logics of faith and why it is irrational not to have faith.

Pascal asks the reader to analyze humankind’s position, where our actions can be enormously consequential but our understanding of those consequences is flawed. While we can discern a great deal through reason, we are ultimately forced to gamble. The mathematician´s choice would always be to believe in God since that is the best choice according to logics. Pascal said:

“We understand nothing of the works of God unless we take it as a principle that He wishes to blind some and to enlighten others.”

Pascal makes the conclusion that it is impossible to discuss faith with some people and it seems to be predestination that decides everything. Many people can change their opinion but it´s a minority. Instead many people hold on to their rigid notions during their whole life and can´t improve or change themselves due to this fact. If you have the same opinions year after year it means you are always at the same level and can´t improve.

I have an engineer friend who is very rational and he admits that he rationally should believe in God but the last time we spoke about it he could not make himself believe despite openly recognizing his own irrationality. He told me that he could not make himself believe even though he knows that he should believe. This phenomenon can only be explained by supernormal principles such as his karma or bad notions stopping him.

Some atheists then refer to the “Many Gods Objection” against the Wager which means that if there exists a perverse or evil God he will punish all the true believers  and then it would be better not to believe in anything so that you don´t risk being punished. Let´s think about this carefully. What is an evil God? That is a devil. How can the devil be in heaven or be as powerful as God? The devil exists in hell to deal with sinners and not in heaven where good people go. Naturally, if you want to go to heaven you will  go to a compassionate God, the Creator´s place. To be a God you have to be compassionate or else you will fall down into hell – this is described in great detail in the Bible of the fallen angels etc. This is the most fundamental principle of all religions that in order to exist in Heaven you must be a compassionate being.

So I find this objection irrelevant and it shows a lack of understanding of spiritual issues. If you work hard and become a good person you naturally have faith in a compassionate God and no devil. The devil has his own beings in hell just like God has his beings in heaven.

Narcissism And Selfishness – Causes Of Atheism?

Many people believe that atheism originates from narcissism, pride and selfishness and I do believe that there is a clear link. People who forget that they are nothing in the Universe tend to become more self centered and believe they are the God of the Universe.

Let’s face it, as long as narcissism exists and no Gods fly in the human sky, there will be atheism. Atheism results from the desire to be completely self-reliant and all powerful – even excluding God. If you don´t believe in the Universe(God) how can you continue to live in the Universe? Isn´t it the same as not paying rent for your apartment in the human world? Won´t you be evicted by your landlord if that continues for a long time? It´s a similar analogy as not respecting the father of your soul just like many modern people don´t respect their human parents.

As an extreme opposite, religion is the pursuit of complete trust in God and self-denial (the end result being eternal life and a greater purpose in this current life). These two viewpoints are total opposites and can never be reconciled together.

In my opinion, that’s why many atheists hate believers. Their soul knows that their human life is short and miserable so their jealousy is very intense when they see positive people with true faith that will have a good future.

Atheists throw up a bunch of arguments against God and every argument is based on either the fact that God didn´t show himself despite his omnipotency or they have jealousy of God´s omnipotent position and can´t stand it. They can´t imagine human life being a test and that patience is the key to success.

Facts that Many Atheists Ignore Or Don´t Know

Why Is The World So Evil If There Is A Kindhearted God?

This is a very relevant question from many atheists. The answer is surprising and shocking to many people and can be found in Norse Mythology and other ancient stories. At the End of Times there will be a battle between good and evil Gods in Heaven. The evil Midgard snake will coil around the whole world and make everything bad on earth. So there are many Gods who have become bad at the End Of Times and they rule the human world. By “a strange coincidence” the Midgard Snake seems to remind us  of the Chinese Communist Party today.

Imagine an old man who is dying. His whole body becomes more and more infected and rotten as each day passes. In the end he will pass away when the evil bacteria and virus has taken over his whole flesh body. Nov take a look at our civilization. Our civilization has become bad and people do evil things to each other every day. How could this world not end?  Doesn´t every life have a certain lifespan? It´s the same for our civilization too. It has a predestined life span and will soon end. The challenge is to become worthy to step into the next civilization and that is why people need to overcome atheism and materialism and regain the old virtues.

The magic trick is to realize that no matter how many bad people there are and no matter how much evil culture there is for modern people, we should always try to do good things and not do the bad things. If someone can persist like that and not be affected by the bad stuff, shouldn´t he be saved make it into the next civilization? This kind of person should have a great future.

What´s the reason the greatest God doesn´t do anything about all the evil in this world? Perhaps because he wants to save as many people as possible and that is why he gives us more and more time to figure out things before too late? Wouldn´t that be the greatest thing to do? Instead of just ending everything quickly he lets us realize these things for ourselves and spread the information far and wide to those who are prepared to listen. In this case we receive more chances to be saved from destruction and turn away from the degenerate lifestyle of modern people.

Human Life Is Short – Why Are Believers More Patient Than Atheists?

“How poor are they that have not patience! What wound did ever heal but by degrees?” -W. Shakespeare

Impatience is considered a bad thing among human beings. Among believers human life is considered very short and what one aims for is eternal life in heaven. In Asia it is said that any man can become a God while being a human but he must cultivate his heart and mind in order to be able to achieve it and it can even take several lifetimes to achieve it. Basically, we need to improve ourselves and work hard on our characters. It is a fair game but needs a lot of patience and patience is said to be the hardest thing to develop.