The conflict at the Doklam plateau is heating up day by day and yesterday the Chinese state owned communist news outlet of Xinhua released a mocking video of India and its Indian people called “7 Sins Of India”. The Chinese tried to portray a bearded Sikh character to play a somewhat stupid Indian that was portrayed as an immoral person intruding on Chinese territory. At the end there was an order to India to “get out of my house first!”.  This video is aimed at the international community to gain support for China overseas. As usual the Chinese have not only failed miserably but succeeded in showing their ugly looking gangster face to the whole world. Nobody understands when Doklam became Chinese territory and this kind of poor racist propaganda only serves to boost the anti -China sentiments across the world.

You can see some of the discussions from BBC about the video clip here:

While the CCP controlled Xinhua again shows its true colors as a primitive and lying news channel we know that this video can only benefit India. As a matter of fact Japan has come out to support India today, making the alliance against China ever more massive with the US, Australia and Japan already supporting India openly.  Indian news outlets have come out to condemn the Chinese video as racist and a new low-level landmark in their dialogue.

In other news both the US, the EU and India all plan on introducing new duties on Chinese products in order to lessen the Chinese hegemony around the world in terms of production capacity and economic power. It seems like the world is finally awaking to the fact that the Chinese communists want to take the whole world and leave nothing for others.

This week also saw an intrusion by Chinese troops in another part of Himalaya at Ladakh, where about 15 Chinese soldiers entered Indian territory and ended up throwing stones at the Indian soldiers. After a row with the Indian soldiers they finally retired back to China with minor injuries on both sides.

Conclusion – the Desperation Of The CCP Will Only Increase 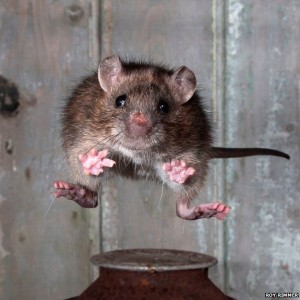 A cornered rat will attack

The big question is whether China will become desperate and really attack its neighbour(s). The regime might start to feel a huge domestic pressure soon if the Chinese economy takes a downturn just before the next CCP Congress in October.  It certainly looks like the Chinese are looking for war.