While all eyes are on the US election and the US-Russia conflict great things are happening in China, dubbed the “Middle Kingdom” in ancient times. In the last 12 months we have seen a steady flow of articles in western MSM, ie NYT and CNN, regarding state sanctioned organ harvesting taking place in China on a massive scale. When we see this kind of news in MSM we know that there must be a deeper reason. On one hand these articles seem to expose the CCP(Chinese Communist Party) of doing bad things – which is contrary to MSM´s usual praise of China. So what is really going on? Why would the CCP want to expose itself in this way? Isn´t that suicidal? Which power can eliminate the CCP and create a world state? 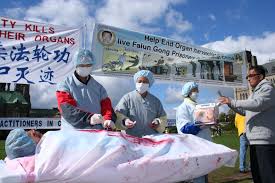 There is a power struggle going on in China that we don´t hear about. The former tyrant leader of the CCP, Jiang Zemin, and his allies in the CCP and the military are all being purged by the new CCP leader, Xi Jinping.  The official reports mention corruption but those officials were all involved in the dirty persecution of Falun Gong and organ harvesting is the most outstanding of their crimes.

Rumours have it that Jiang and his two sons are already in house arrest and that Jiang will be publicly prosecuted very soon when his crimes will be presented to Chinese people. Jiang started the extremely profitable organ harvesting in 2001 in military hospitals and they have reportedly killed at least 1.5 million Falun Gong practitioners for their organs since 2001. Other unofficial sources claim the number to be up to 6 million people based on hospital reports. In any case Xi Jinping has decided to expose the organ harvesting in order to get rid of the Jiang faction´s power in China. A recent article in Hong Kong indicates that Xi Jinping aims at even shutting down the whole CCP completely. Chinese communists are very focused on prophecies and the ancient prophecies indicate 2019 as the year when the Chinese Communist dynasty will collapse. 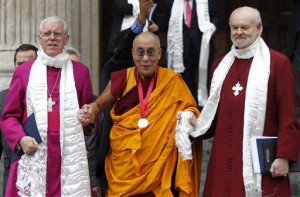 We have mentioned in earlier articles that Dalai Lama since his “flight” from China to India in 1959 has been suspected of being a traitor to his own Tibetan people and that he escaped from China because the Tibetan people threated to kill him when they found out his secret dealings with the Chinese Communist Party(CCP). Based on quotes from Mao Zedong it seems likely that Mao was a mere puppet to Dalai Lama from the outset of his reign in 1949 and that communist China has always been ruled by the Tibetan priests called “Lamas” in Beijing. According to insiders Panchen Lama is the real ruler in Beijing but there are probably higher levels of world power beyond our eyes in Tibet.

Ever since 1959 Tibet and Dalai Lama has been a red curtain for the CCP but now things are suddenly changing as the fog gradually dissolves and we approach the prophecied world state. In line with our previous articles about Dalai Lama being the real leader of China BBC recently published an article about the CCP softening up their attitude towards Dalai Lama, even suggesting that he could be invited to China soon. At the same time the CCP continues to suppress the nationalists of Tibet – just like what happened immediately after Dalai Lama escaped to India from Tibet in 1959. Is this the revenge of Dalai Lama for being exposed as a traitor by his own people?

The BBC reports in their article that a former senior communist official with close links to Xi Jinping and the security forces invited the BBC to his home where he openly worshipped the portrait of Dalai Lama with a Tibetan Lama guru at his side. And the official showed a video where he met with Dalai Lama in India in 2012 and where he said to Dalai Lama:

“…we are really in need of a Buddhist leader and that’s why I think your holiness can play such an important role.”

In the article the BBC suggests that the CCP is about to reverse all their policies towards Lamaism and Dalai Lama as a person. This would be in perfect harmony with our previous predictions and shows that the whole Tibet-China conflict was merely a false flag which aimed at giving Dalai Lama a suitable excuse to inspect his puppet Heads Of State around the world as the hidden world ruler that many say he is. If he is the coming leader of a world religion as Jewish and Muslim top leaders suggest – then he will show his true colors very soon. 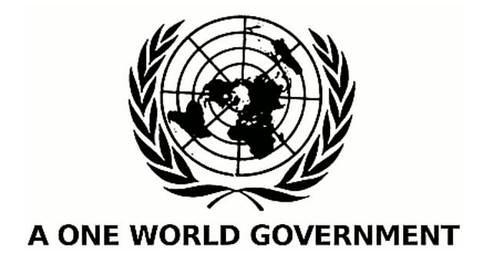 “One morning at his Dharamsala residence in May this year, he told me that he may one day travel to China, but not as the Dalai Lama.” (Dalai Lama about his new role in NY Times 2015)

Dalai Lama is trying hard to signal to the Chinese that he speaks for all Tibetans in his bid for autonomy: ‘‘ ‘Independence is impossible,’ he has said. (NY Times 2015)

By now many readers might have understood the hidden plans for China by the world rulers from Tibet.

The first thing is that the CCP must be destroyed now and exposing the enormous crimes of Organ Harvesting on Falun Gong practitioners will be the prime example to demonstrate for Chinese people that their tyrant CCP is fundamentally evil and must be eliminated. Step by step there will be more and more information released to the Chinese people proving the evil nature of the CCP. In addition we can expect more and more open political and foreign conflicts presented in Chinese media. All of these serve the same purpose – to collapse the CCP and scare the people into submission to their coming leaders. A third world war would be a perfect weapon to push people into a world state.

Secondly, when the CCP is portrayed as evil and corrupt in Chinese media, at the same time there will be created more and more opinion for religion in China by the Chinese media. Tibetan buddhism will be promoted more and more to the general public. Dalai Lama will at the same time give up his ambitions for an independent Tibet and he will also give up his title of Dalai Lama as he has said himself and instead promote himself as a Chinese spiritual world leader with a Tibetan cultural heritage. He is groomed to become a world leader and leader of all religions in a theocratic world state modelled on the old feudal society in Tibet. In that kind of society there will be only two classes – masters and slaves. The Chinese already holds tremendous power in the UN and this will serve Dalai´s purpose when he looks for people´s support in China.

China Will Attack Russia In WWIII According To Prophecy

Thirdly the world leaders will create a third world war between Russia and the other countries in order to scare the world´s people into submission. This will show people that the world is too evil and the fact that atheism and materialism don´t work anymore since people have become too bad. Hence they will look for popular support for a world theocratic state which means a world religion which will also rule over secular matters. Private property will be abolished and the State owns everything. The masses will become slaves and in order to not destroy the environment people will be urbanized in high buildings without individual rights for reproduction. All of these things have been slowly prepared during hundreds of years.

At the same time Xi Jinping, in order to serve his globalist masters well, must destroy both his own power and the CCP in this process. The question is as always if he as a puppet will obey his masters or not at the crucial moment. According to prophecy the CCP will collapse in 2019 and according to prophecy it will be followed by a world state run by the Antichrist.

According to Buddhist and Christian prophecy Dalai Lama Is Antichrist .