After going through scores of ancient prophecies, I, as the editor of Expandourmind have made the decision to write down my own predictions for 2017 in this article. As many ancient prophecies were altered quite a bit after 1999 with less disasters taking place than expected there are only a few prophecies left that seem untouchable and correct about the timeline. In addition we know that Jiang Zemin is just about to be prosecuted in China and hence it´s now time for this most unusual prediction. Some people with supernormal powers have seen that we are at the very last moments of tranquillity before a huge global change.

“After World War II, people will think that peace has arrived, but it will be an interval only. One day a third World War will start, more awful than the preceding ones. When women walk around in pants, and men have become effeminate, so that one will no longer be able to tell men from women, then the time is near. People will build houses everywhere, high houses, low houses, one after another. When everyone builds, when everywhere buildings rise, everything will be cleared away. There will be a holy Sign in the heavens, that a very severe Master will come and take off the Skin of the People. He will not rule very long, then when all that has happened as I said, then comes the great Clearing Away.”

The conditions are ripe for the first resurrection according to Mathias Lang, the German prophet. What will happen in the next step is unimaginable to most people.

The most accurate prophet I know about is Ragno Nero(his name means “Black Spider” and he lived in the 14th century as Franciscan monk Master) and he is very clear about 2017 being the magical year of the death of the beast – which means the first resurrection taking place. Also Buddhism, Nostradamus And Judaism Predicts 2017 Is The Magical Year.

As mentioned before the Beast was born in 1999 when Chinese Communist Party(CCP) leader Jiang Zemin started the historic persecution of 100 million innocent practitioners of Falun Gong in China. This event was prophecied by all great prophets including Nostradamus, Ragno Nero, Swedenborg, The Bible, Ge An, the Druze religion etc. Perhaps some people won´t believe it but as soon as one checks the historic events from 1999 one quickly understands that the significant news in 1999 was the persecution of 100 million Falun Gong practitioners. Furthermore,  Gods focus on spiritual news while human beings focus on material news and hence the huge event was this terrible and barbarous persecution that most western media reported. However, they reported that Falun Gong was the villain and the CCP was right about the persecution. That was a huge mistake.

As it stands today, according to Epoch Times Jiang Zemin is in soft detention along with his two sons. Insiders expect Jiang to be jailed very soon and then prosecuted with an immediate execution following.

Jiang Zemin – The First Beast Of The Prophecies 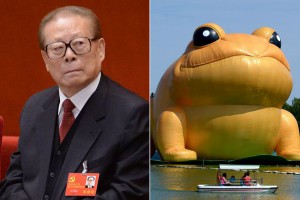 Jiang Is The First Beast And “The Toad”Of The Prophecies

The most shocking and extensive persecution of spiritual people in the world since 1999 has been the persecution of 100 million Falun Gong practitioners in China who have died in the millions suffering all kinds of torture and gruelling live organ harvesting deaths under the brutality of the Chinese Communist Party. This persecution has been concocted by the former Chinese dictator, Jiang Zemin, nicknamed “the Toad” in China. There is no other person in the world that can compete with Jiang in terms of evilness since he persecuted 100 million Falun Gong practitioners on the path of cultivating “Truth-Compassion-Tolerance” in their daily life.

The German priest and prophet Bartholomew Holzhauser prophecied “the Toad” to be the first Beast already in 1650:

“IN THE FIRST VISION the prophet sees seven most unclean and hideous beasts, that with all their young ones come before, and insult, and blaspheme the throne of the Eternal. The first beast is a toad, accompanied with a countless brood of young ones, which have parrot voices.”

Isn´t it obvious that Jiang is the first beast? He has done all the unimaginable evils that nobody else could match in our world history.

As we have discovered in several ancient prophecies, the state of our human civilization is tied to the mental state of people and that is why religion and traditional culture are paramount to our civilization´s long term survival. Without divine belief and without unselfish rulers every society is doomed to dissolve since human beings create more and more karma and become more and more selfish as time passes.

Ragno Nero is very clear about 2017 and the death of the beast:

“Listen to the voice that comes from the East!

Many will say that it is the voice of the river.

Many will say that it is the voice of the storm.

Many still say that it is the world’s voice that crumbles.

And this is instead the scream of the beast that dies.

His fall pierced by seven swords and he remains buried under the rubble of his castle.”

Ragno Nero explains that Jiang´s death will be followed by him being cut up by seven swords symbolizing that he has all seven capital sins on his conscience.

What Will Happen When The Beast Dies?

This is the wondrous, unimaginable and veiled event that very few have talked about in the prophecies. However, there are some clues from the Bible and other prophets. 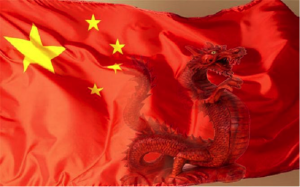 We go to the Book Of Revelation and read the following in 20:1-5:

“1 Then I saw an angel coming down from heaven with the key to the Abyss, holding in his hand a great chain. 2 He seized the dragon, the ancient serpent who is the devil and Satan, and bound him for a thousand years. 3 And he threw him into the Abyss, shut it, and sealed it over him, so that he could not deceive the nations until the thousand years were complete. After that, he must be released for a brief period of time.…I saw thrones on which were seated those who had been given authority to judge. And I saw the souls of those who had been beheaded because of their testimony about Jesus and because of the word of God. They had not worshiped the beast or its image and had not received its mark on their foreheads or their hands. They came to life and reigned with Christ a thousand years. 5 The rest of the dead did not come back to life until the thousand years were complete. This is the first resurrection.…”

This means that in the first resurrection the evil dragon will be seized and thrown into the abyss. The elected people who were killed and who followed the teachings of Elijah at the End Of Times will suddenly come alive and be resurrected and then rule with Christ for one thousand years according to the Bible. The rest of the people can not be resurrected until after 1000 years.

This is the little known first resurrection and now we will compare this prophecy with our current world events and then with other prophecies from around the world.

“It is granted to few to recognize the true Church amid the darkness of so many schisms and heresies, and to fewer still so to love the truth which they have seen as to fly to its embrace.” (-St. Robert Bellarmine)

It is predicted that the Son-Of-Man will arrive on earth as a shock to most people since they lost all their belief in Gods because of marxist atheism and materialism. The Bible states:

“..the day of the Lord’s return will come unexpectedly, like a thief in the night.”

However, it is clear in the Bible that Elijah will come and spread his teachings across the world:

5 “Behold, I am going to send you Elijah the prophet before the coming of the great and terrible day of the LORD. 6 He will restore the hearts of the fathers to their children and the hearts of the children to their fathers, so that I will not come and smite the land with a curse.” (Malacchi 4:5-6)

If we compare with our modern world, which changes occurred in the spiritual branch during the last 50 years? 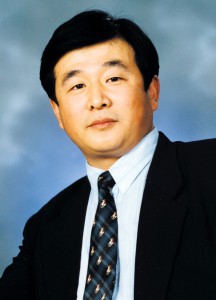 A man called Li Hongzhi appeared in China as a great Qi Gong Master in 1992 and spread his teachings called “Falun Gong” across the whole world. His teachings emphasize the importance of following “Truthfulness-Compassion-Tolerance” in daily life. Li Hongzhi is the man that so many prophets seem to have talked about. The Bible, Nostradamus, Swedenborg, Daoist religion, Ge An, Druze religion etc. The unique and incredible collection of prophecies about the Son Of Man In Prophecies .

According to prophecy there will be a short but intense period of time until the Son of Man leaves mankind to its own destiny. According to Ragno Nero, in 2020, the men who never did wrong will no longer be on earth.

“A time will come when the enemies of Christ will boast: ‘We have subjected the earth and all its inhabitants, and the Christians cannot escape our hands: Then a Roman Emperor will rise in great fury against them, drawing his sword, he will fall upon the foes of Christianity and crush them. Then peace and quiet will reign on earth, and the priests will be relieved of all their anxieties.”

How could this Son Of Man destroy all evil across the world in a very short time? Doesn´t it sound unbelievable considering the incredible amount of evil existing across the world today? The only explanation is that he will have divine powers which are unmatched.

According to many prophecies he will find an assistant in temporal matters according to prophecy, a man with a Lion´s heart and an eagle´s vision that will crush the satanic forces ruling almost all the countries today. Perhaps this is a second person or it´s the same divine being doing everything.

In Part II we will discuss the prophecies surrounding this man called “The Great Monarch” who will soon take control over the whole world and crush all evil forces and reinstall monarchies with divinely inspired rulers in all the countries except a few.