“To learn who rules over you, simply find out who you are not allowed to criticise” – Voltaire 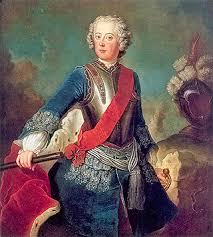 Frederick The Great – A Good Ruler

A great ruler like Frederick The Great in Prussia, Germany had the following attitude to his people:

“My people and I have come to an agreement which satisfied us both. They are to say what they please, and I am to do what I please.”

A good ruler is not afraid of any people´s criticism since he will take action and correct himself if their criticism is correct. In the opposite case he will easily deal with it by proving its wrongfulness. Throughout history, only corrupt government officials have tried to stop and label “fake news” through various means. The crime of the peddlers of fake news: failing to acknowledge that those in power were perfect saints. The harder these rulers cracked down on fake news – the more corrupt they were and the shorter lifespan would their reign would have.

What we are seeing today is that ordinary people have learned more about how corrupt their so called “democratic system” has become and many have even realized that their governments are not at all working for their people and their country – they are openly making their own countries abandon their own traditional culture, morality, religion and even want to abandon their national sovereignty to the globalist “New World Order”. If we go back 100 years – how would such a ruler have been judged? Wouldn´t he have been stamped as a national traitor of the worst kind? His head would not have remained on his neck for many days.

Modern people have fallen asleep but are now quickly awakening to the realities and people want to fight for their freedom when they see that it is disappearing quickly, starting with free speech. Below a few historic examples of  fake news and its consequences at that time.

Socrates was killed in 399 BC for spreading “fake news”.

His crime: “Failing to acknowledge the gods that the [mainstream media of the day] acknowledges”.

William Tyndale was killed in 1536 for spreading “fake news”.

His crime:  Translating the Bible into English so that everyone could read it for themselves, and no longer had to rely on the clergy to tell them what it said.

His crime: Saying that the Earth rotates around the Sun.

Scores of people have been killed over the centuries for spreading “fake news”.

Their crime: Saying anything that the church authorities of the day disliked.

In 1773, Ben Franklin was fired as colonial Postmaster General for spreading “fake news”.

His crime:  Informing the American Colonists about what the British were really doing.

The authors’ crime:  Their book “acts subversively on our future or strikes at the root of German thought, the German home and the driving forces of our people…”

There have been many other book burnings of “fake news” throughout history.

Mussolini had around 2,000 purveyors of “fake news” killed.

Stalin and the Soviet Union

Stalin handled the peddlers of “fake news” by murdering them or throwing them into insane asylums.

Their crime:  Criticizing the Soviet government or Communism.

Their crime: Failing to sing the Great Leaders’ praises.

In 1972, CIA director Richard Helms said anyone spreading “fake news” would be labeled as “terrorists”.

Their crime:  Expressing a dissenting opinion.

The extremely popular tv personality Phil Donahue’s show – the most popular on MSNBC – was canceled for spreading “fake news”.

His crime: Questioning the Iraq war.

Indeed, many reporters have been fired, harassed, spied upon and even accused of terrorism for reporting stories critical of government actions or policies.

Almost everything is fake in our society today. Our world is filled with an extraordinary amount of lies, deception, disinformation, misinformation, fakery, fraud, facades, mirages, propaganda and brainwashing. Even though most people understand that many things are fake, how can they resist all of it when there is no alternative but to be bombarded by all of this wherever you go at all times in every city? Music, radio, news, magazines, tv, internet etc is all full of this stuff. Below we check our different aspects of our fake society which suits our current day rulers.

Let´s start with the press, or MSM as most people label it today. Is it diverse and free or is it under complete control of a few super bankers with their own agenda? Is it promoting positive values or negative values?

How about Hollywood? Which message do they give to young people? Sex, drugs, rock´n roll not to forget the normalizing of all kinds of sex and gender changes. The very same people that control the MSM controls Hollywood and the fundamental idea is to turn humans into submissive beasts completely controlled by animal instincts and without any ability to think for themselves.

How about our wars in the Middle East? What are they all about? Do we have a good purpose or are we just trying to control our puppet dictators down there?

How about our mass migration? First we helped start the war down there in the middle east and then people run from there – thousands of miles away. They don´t go to their rich neighbours like Saudi Arabia, Qatar or Israel. Their neighbours don´t want them so instead they go to Europe or America to find a better life. Is it good or bad? Do we get the truth from our governments?

How about Science? Is it clean from corruption or is it corrupted too? We ran a series of articles about the Theory of Evolution and it seems like that theory was based upon a mixture of half truths and outright lies with the main figure – Mr Charles Darwin – being a liar himself.

How about democracy? We were breastfed the advantages of democracy but when you become old and realize the deceitful nature of dialectics that we have talked about here earlier, then you start to see the frightening pattern with the MSM media controlling the parties from behind the scenes leading all nations to collapse.

How about the intelligence agencies? Nobody controls them and they survey the whole population without any party questioning them. This is the real infamous deep state which all politicians fear.

How about our  modern culture? Our modern culture with extreme focus on sex and sports is another fake thing which leads to disaster after two generations when all the good things from old times are lost including the family culture. Modern culture turns human beings into beasts and must be resisted.

How about religion? Our religion is dead among young people and from history we know that no country could ever survive without a religion. Now we think that we are “better” while in fact we have become much worse than people in old times. This materialist and scientific religion that we worship is all fake leading to disaster.

The good thing  is that once you awaken to the great scheme of deception, you can use it as a tool for raising your consciousness and awaken your soul – the most fundamental thing in your life. The idea that virtually everything is fake can be empowering rather than depressing. If you have realized these things then you know which direction you are going in the future – the correct direction which is a high moral standard and belief in the divine. This is the only way which can lead people to live in harmony with nature and the Universe I believe.

We’ve all felt overwhelmed, sad, angry and impotent at times when we’ve seen just how easily our (mis)leaders can fool the masses with sophistry and empty rhetoric, but they’ve all been placed there to challenge us to wake up more quickly and fully, and reclaim our world to righteous people. Finally, remember that according to a vast array of prophecies their time is up around 2017 and our time is coming very soon.