Flash Coin – A cryptocurrency with potential thanks to high morality

In this article we will try to analyze the root of the real power of the NWO which is currency or rather “Legal tender” since we mainly use electronic payments today. Cash is only 2-3% of the total monetary base today. Basically, our economic system is a gigantic pyramid scheme which collapses every few decades due to the interest rates making the lenders richer and richer and the borrowers more and more poor until they can´t pay back their debts and bankrupt.

The funny thing with all governments is that they favour banks over all other companies and people. The banks never suffer bankruptcy no matter how much debts they have. The banks are always saved by the governments. Previously it has been done with “bail out” which means that the tax payers have to pay off bank debts. In the near future they will use “bail-in” to confiscate the money in the deposit accounts of their customers (ordinary people with savings). People thought their money was safe in the bank – nothing could be further from the truth. They will soon be stolen with the consent of our governments. Since 2013 when the Cyprus government emptied many people´s bank accounts (40-60% of all savings) they have passed an international law of bail-in which makes it legally possible for private banks to steal the money from their clients. This is scary and unprecedented.

“[W]ith Cyprus … the game itself changed. By raiding the depositors’ accounts, a major central bank has gone where they would not previously have dared. The Rubicon has been crossed.”

Cryptocurrency – Bitcoin Was Only A Test Run

Everyone knows about the meteoric rise of Bitcoin (BTC) since 2009. Many MSM experts have talked about BTC from a perspective of old school thinking which means that BTC is an illusion and there is no real asset behind it. Well, that´s true but first off we need to discuss what currency is. Currency is based on trust between people, historically in a country or another well defined area. If there is trust between people you can use currency as a means of payment or legal tender.

Actually, our modern currency also has no tangible assets behind it and no ordinary people have any clue about who is printing new money every day and how much new money is printed every day. Actually the people who control money printing has the complete control over any country. Rothschild is reported to have said in the 19th century:

“Let us control the money of a nation, and we care not who makes its laws”

Whatever the truth of who said the quote it´s a real truth. Anyone who controls money supply (and interest rates) can bankrupt a country any day. That´s why money supply in the past was limited to gold coins and interest rates were completely forbidden in old times since it was deemed immoral and against the Bible.

What´s the deal with BTC? It´s a global currency, this is the first important thing to notice. Secondly, it´s unclear who controls it and it´s “money printing” or “mining” as the crypto community likes to call it. On one hand BTC seems dangerous for TPTB but on the other hand BTC can never replace our current bank system and it´s easily overtaken by the current money lords of the world.

As a test run of a global cryptocurrency BTC has proven a few things, namely:

The fact is that a new cryptocurrency with good and clear intentions can easily attract many well informed people. Why? Because many people will understand that any crypto currency with an uncontrolled monetary base will inflate everyone to death in due time. An upright crypto currency must have the following unchangeable characteristics:

The most difficult part to achieve is the last part. How can it be achieved? By spreading the word as far and as wide as possible and give it some time. In this way we will finally give people a chance to learn the fundamental facts of their current corrupted money (legal tender) which make honest people poor and criminal people rich. When people understand how currency works they won´t want to support the bankers criminal money system for a moment. There might be very unexpected events coming up very soon concerning this topic.

Current Banker Scheme Will Collapse If Truth Spreads To The Masses 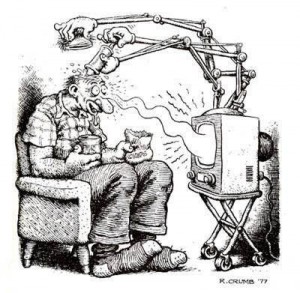 The brainwash of the masses will come to an end

The most important thing to know about our current world is that the truth must be veiled from the masses or else the tyrants´scheme will collapse. Their plot demands an absolute monopoly on media (MSM) which they have had since a century with the MSM outlets being bought up by people allied to this international group of gangsters. What we can expect and already see is the blockage of alt news Internet web sites and trying to criminalize crypto currencies which are owned by The Powers That Be (TPTB). Already we see many countries trying to impose monopoly on crypto currency. Informed people would do well to spread flyers to the public in order to teach them the truth about how currency really works.  Also, focus on spreading such information to rich neighbourhoods and most of the people in the deep state who are conned by their superiors without knowing it.

This is the reason why you see Facebook, Google and many governments trying to criminalize free speech now that alt media has become a force of its own. They wont be able to stop it and if they do they will generate an even bigger opposition force when they go on an open attack. No matter how they do they will loose power in the end, it´s just a matter of how long it will take to complete the process. Expect countries to be regionalized as people loose all trust in their national governments when the horrible truth about our tyrant governments becomes clear.

The key is that people need to learn which ingredients are necessary to produce a currency: trust between people and a fixed monetary base without interest rate is the way to a prosperous future. In order to minimize risks for deception by governments people will look for local solutions in the future and that is another reason why many regions will form in each country I believe. I remember that in different provinces in Germany there were tens of local “chiefs” if we go back 1000 years. The reason is that people are different and different people don´t like to mix. This is a law of nature that our governments try to make us disregard. In fact, the differences create a beautiful world with diversity. Whoever would like to see a world of a single race of slaves under some kind of globalist government full of people that only want power and riches? Which kind of beauty is that? That´s a scourge of the human world so let´s not support those ideas. 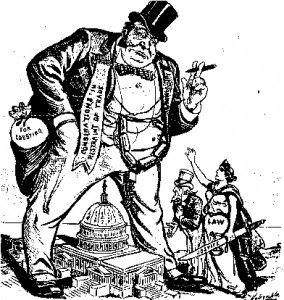 The plan of the evil is very simple: to use their MSM monopoly on (dis)information and spread it to the whole world uniformly without opposition. It´s the old tricks repeated until people either fight these people or give up their human existence. Imagine what would happen if people realized that the only reason banks can exist is because they have managed to incite great strife between people. It´s Machiavelli to the very extreme and if people decide to unite and topple this giant on clay feet it won´t stand a chance.

The condition is that people start to believe in their own power and in traditional culture and morality. If morality is upright people won´t divorce, they won´t obey the state or put their children in gender neutral brainwashing schools and they will create their own currency and exchange goods between themselves without any parasitic banks as middle men. As for security people would do well to believe more in higher powers but at the same time create communities where people cooperate and help each other whenever there are criminals approaching.

Briefly, we are all waiting for the big event to take place in 2018. I have said it many times and I repeat it again. It´s 18 (6+6+6) years of mass persecution of Falun Gong practitioners in China and on July 20th it will be 19 years. Let´s see what takes place before that.