Empress Wu Zetian(AD 624 – 705) was the only official Chinese Empress in history. Perhaps many modern feminists won´t like to read this article but Wu Zetian was indeed one of the most terrifying people in world history – a woman of an unprecedented evil character – a true monster, a real witch, a mass murderer and even a child murderer. For modern people including myself it is a shock to reveal that all communist ideas of mind control, male suppression, sexual liberation, violence, murder, enslavement, secret police etc were single handedly implemented by a woman more than a thousand  years ago.

Here follows a brief summary of Wu Zetian from an ancient Chinese historian:

“She favored evil sycophants and destroyed good and loyal officials.. She killed her sister, butchered her elder brothers, murdered the ruler, poisoned her mother and killed her own children. With a heart like a serpent and a nature like that of a wolf, she is hated by gods and men alike.” 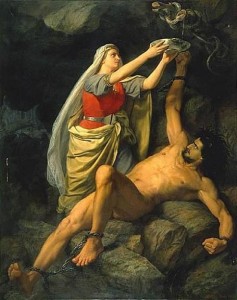 Loki imprisoned with a poisonous snake that tortures him

In fact the description of Wu Zetian having both a serpent heart and a wolf nature has a western equal in the story of Loki – the root of all evil in Norse mythology. Loki has three children which are the snake, the wolf and Hel(the lord of Hell). Loki was hated by all Gods and everyone wanted to kill him. However, they were not allowed to kill him and in the end Thor caught him and he was severely punished but he was not killed. It seems like evil can only be controlled and it can never be eradicated.

We are nowadays taught since childhood that men are evil and women are kindhearted and innocent. In ancient times it was said that women were evil and Eve was the original reason of all the troubles of mankind since she was deceived by the snake in the garden of Eden.

The lesser discussed matter is the fact that God not only punished Eve for her transgression with the snake but Adam too – because he listened to his deceptive wife – which was supposed to be his assistant and not his leader. Compare with today when men are belittled as stupid cave men and women are hailed as wise heroes of the future. Humanity is fed a picture of black and white but there is never anything black or white since inside the black there is white and inside the white there is black. It´s just that there are different levels of black and white.

When we think about communism, feminism and the modern era we see that its all about inverting the old truths and creating a world where truth is false and evil is good. Now we will turn our attention to the country with the longest and most well documented history of the world – China. How was it in ancient times with their female rulers? How long ago could women impose their will in China?

Surprisingly we see that women have been influential in China for thousands of years and some women even became de facto rulers of China – officially or unofficially. The most infamous and most evil woman was probablyWu Zetian who ruled China officially for about 15 years but unofficially for at least 40-60 years by secretly or overtly controlling her husbands which were the emperors. 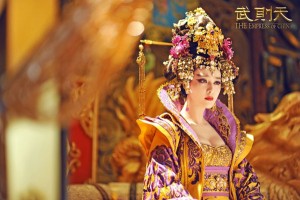 Today Wu Zetian is hailed as a true hero by the current rulers of China – the Chinese Communist Party(CCP). That fact is not only extremely intriguing – it shows the whole world which kind of rulers China has today. This is a stern warning to all people of the world whose governments in most cases worship China and don´t dare to criticise China.

Let´s take a look at the background and deeds of Wu Zetian. First off – her family background:

It is well known that Wu Zetian had wits and good looks that attracted many men. From the early age of 13 she came to the Palace to serve the emperor but soon charmed him and later took control of him from the bed chamber. Before the emperor died(by slow poisoning of Wu according to some historians) she had already taken control of his son and made him her new lover. It was  obvious from a very early age that Wu Zetian had an insatiable appetite for lovers and murder of political opponents of any age and family bond. If there ever was a woman more monstrous than this one you will have to search a long time.  Some short facts about Wu Zetian follow below: 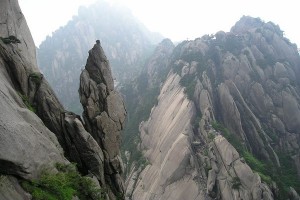 Mount Tai was desecrated by Wu Zetian in AD 666

The Empty Deeds Of Wu On Her Grave Stone 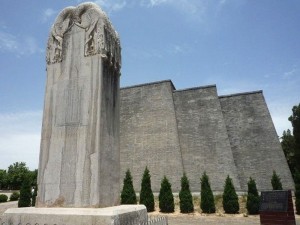 Actually, many modern people are shocked when they learn of Wu Zetian. We have seen similar evil female rulers in the west like Catherine I – a murderous witch of Russian history. However, that was more than a thousand years after Wu Zetian had outraged both Gods and humans in China and not even Catherine I seem to be able to compare with Wu Zetian.

The most stunning details of Wu´s life can be found in her extreme appetite for murder – even of her own baby infant – and power as well as her sorcery, spying, enslaving and torturing of people beyond any human dignity. The turkish roots of her mother seems to be an unknown but yet so important detail which seems to reveal her secret satanic family background as a foreigner of mixed, barbarian race in China on the quest for absolute power by treason against traditional principle. 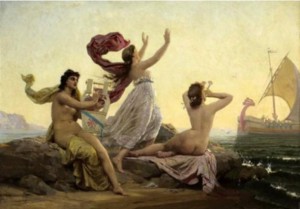 What we can learn from this story is that modern, marxist-feminist culture has stolen many ideas from the monstrous Chinese empress called Wu Zetian. She was the first communist leader in world history and she left a terrifying legacy for future communists that followed in her traces. Chinese history has issued the stearnest warning of all to our modern world – evil women exist and they can be extremely dangerous. It was famously and very truthfully stated 2000 years ago:

“Once made equal to Man the woman becomes his superior.” – Socrates

This is not politically correct today but people are waking up to the fact that modern society represses men in many ways, one of which is to rewrite history and claim that all evil comes from men.