BIS Tower In Basel With Only About 700 Employees

There is almost no talk about an unknown super-Bank in Switzerland ruling itself and all central banks across the whole world. Its name is Bank of International Settlements, usually called BIS.

Originally it was said to have been created in order to regulate the German debts after WW I but gradually it became the supranational bank of banks with 60 member states today including the most important countries such as the US, China, Germany, Japan, France, UK, Italy, India, Russia, Spain, Turkey etc. BIS´ official mission is ”to serve central banks in their pursuit of monetary and financial stability, to foster international cooperation in those areas and to act as a bank for central banks.”. Sounds quite harmless and important?

Ronald Bernard has just come out with a video describing the hidden secrets of BIS. In his video he outlines that BIS is the first institution under the ”global elite” of 8 500 Luciferians that Bernard claim rule the world as we know it. According to Bernard these people are monstrous people with complete disdain for human beings and they even sacrifice children. He claims that there are no borders or real conflicts between countries or political parties, that is only the narrative presented to ”divide and conquer” the people of the world. He recommends everyone to read the ”Protocols of The Elders Of Zion” as that is the essence of how these people rule this world. They call themselves jews but that is yet another veil and appropriate protective shield from criticism.  Please check the video below.

The conclusion after researching the facts about BIS is that our countries gave up their sovereignty quietly at least 80 years ago when they submitted all their money production rights to BIS through their Central Banks which are uncontrollable by the Governments. The second key part is national debts to BIS(through IMF etc) which will ruin the independence of a country.

National Debts – An Indebted State Is Enslaved To The Creditor(BIS)

Our governments have voluntarily indebted themselves to the international monetary institutions of BIS like IMF/World Bank etc and at any given moment when these organizations ask for repayment – what will happen?

If there is a sudden international crisis what will happen? The states are indebted to BIS(through IMF etc) and the citizens are indebted to the international Banks(at least 95% of all properties are owned by the Banks although people don´t realize it when things are going well). When there is an international crisis and the banks ask for repayment of their loans people can´t pay back the loans and then the Banks can take the people´s properties as a security which is then transferred to the State when the banks are at risk of a bankruptcy. The state then has to transfer their properties to BIS as security in order to pay back the national debts. This would mean that the whole world could fall into the hands of the ruling ”Luciferians”.

Since the great majority of modern people are already heavily indebted those few people who are not indebted won´t get away either because of the jealousy of modern people. Count on all properties being nationalized in the name of equality.

We can easily see how national and personal debts create enslavement as soon as a major crisis erupts. People and countries will lose everything and the global elite rulers of BIS will take everything. And no country is allowed to know about who controls BIS. Hitler, Stalin and Churchill were all friends at the BIS office in Switzerland and it seems like the world wars were controlled by a very small and secret group of people quietly meeting up at the BIS headquarters in Switzerland. During WW II the Czechs claimed that BIS laundered gold which was stolen.

Let´s have a look at an interesting academic remark about BIS.

In Tragedy and Hope: A History of the World in Our Time (1966), Dr. Carroll Quigley revealed the key role played in global finance by the BIS behind the scenes. Dr. Quigley was Professor of History at Georgetown University, where he was President Bill Clinton’s mentor. He was also an insider, groomed by the powerful clique he called “the international bankers.” His credibility is heightened by the fact that he actually espoused their goals. He wrote:

“I know of the operations of this network because I have studied it for twenty years and was permitted for two years, in the early 1960’s, to examine its papers and secret records. I have no aversion to it or to most of its aims and have, for much of my life, been close to it and to many of its instruments. . . . [I]n general my chief difference of opinion is that it wishes to remain unknown, and I believe its role in history is significant enough to be known.”

“[T]he powers of financial capitalism had another far-reaching aim, nothing less than to create a world system of financial control in private hands able to dominate the political system of each country and the economy of the world as a whole. This system was to be controlled in a feudalist fashion by the central banks of the world acting in concert, by secret agreements arrived at in frequent private meetings and conferences. The apex of the system was to be the Bank for International Settlements in Basel, Switzerland, a private bank owned and controlled by the world’s central banks which were themselves private corporations.”

The key to their success, said Quigley, was that the international bankers would control and manipulate the money system of a nation while letting it appear to be controlled by the government. The statement echoed one made in the eighteenth century by the patriarch of what would become the most powerful banking dynasty in the world. Mayer Amschel Bauer Rothschild famously said in 1791:

“Allow me to issue and control a nation’s currency, and I care not who makes its laws.”

In a 2003 article titled “The Bank for International Settlements Calls for Global Currency,” Joan Veon wrote:

“The BIS is where all of the world’s central banks meet to analyze the global economy and determine what course of action they will take next to put more money in their pockets, since they control the amount of money in circulation and how much interest they are going to charge governments and banks for borrowing from them. . . .

”It is well enough that people of the nation do not understand our banking and monetary system, for if they did, I believe there would be a revolution before tomorrow morning.”

Was Henry Ford right? What did he know that people didn´t know of? Did he already know that a small group of Luciferians controlled the whole world by way of financial deception? 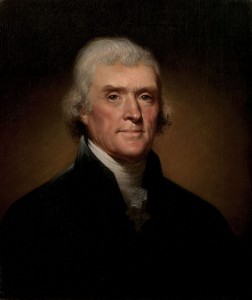 “The [private] Central Bank is an institution of the most deadly hostility existing against the principles and form of our constitution . . . . If the American people allow private banks to control the issuance of their currency . . ., the banks and corporations that will grow up around them will deprive the people of all their property until their children will wake up homeless on the continent their fathers conquered” (Thomas Jefferson, 3rd U.S. President).

The Economist predicted in 1988 that the world will have a global currency around the year of 2018 – it will be called the Phoenix. It is well known that Rothschild controls The Economist and it is well known that Rothschild is part of the global elite. Is this mega event going to happen suddenly with no warning signs to the public? It looks like we have the most intense moments of this civilization just in front of us with all prophecies indicating 2017 being the big year and the beginning of the Messianic age.