In this article we will go into details about the future economic plans of the current rulers of our world – the rulers that are predestined to soon disappear. Just like all tyrants in history our current tyrants control the world by giving people unimportant and false information while hiding crucial information. The important questions are discussed in detail by our MSM.

If we take a look at the picture above we can see that today, 100 years after the original caricature was done, the central banks with Fed Reserve on top still have all the companies under their axe. By increasing interest rates and restraining credits after a period of low interest rates and unlimited credits, they can easily create a huge crisis. The problem for the banks is that they risk bankruptcy at that moment so now the bankers wanted to be able to steal all the deposit accounts in order to survive the crash while they impoverish the world´s people. 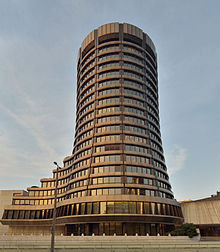 Mother of all banks – BIS in Switzerland

The greatest difference is that since 1930 all Central Banks are cooperating under the international super bank of BIS(Bank of International Settlements) in Switzerland. This means that the monster bank planning and executing all the evil plans to subdue and enslave all the people of the world are geographically situated in Basel, Switzerland. No wonder that Switzerland is such a special place today with several of the Rothschild family members residing there.

The other main issues that have happened since that cartoon is the phenomena of “bail in” (bail out has been known since decades and is also outrageous). On the weekend of November 16th, 2014, the G20 leaders came to Brisbane, posed for their photo ops, approved some proposals, made a show of roundly disapproving of Russian President Vladimir Putin, and whisked out again. It was all so fast, they may not have known what they were endorsing when they rubber-stamped the Financial Stability Board’s “Adequacy of Loss-Absorbing Capacity of Global Systemically Important Banks in Resolution,” which completely changes the rules of banking. 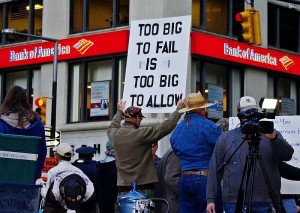 Russell Napier, writing in ZeroHedge, called it “the day money died.” In any case, it may have been the day deposits died as money. Unlike coins and paper bills, which cannot be written down or given a “haircut,” says Napier, deposits are now “just part of commercial banks’ capital structure.” That means they can be “bailed in” or confiscated to save the megabanks from derivative bets gone wrong.

Bail in is a new idea that the bankers got after the financial crisis in 2008. It is shocking and tells people right into their face that their main enemy is actually the big banks. All the G20 countries(including EU, U.S., China, Russia, India etc) decided to implement the bail in rules in their countries – perhaps the most outstanding proof of complete disrespect of the citizen rights of the world. Nobody can claim that this is a conspiracy theory – the outrageous truth is staring everyone in the eye. Funnily enough the experts disguise bail in by saying that in the event of a big crisis, stock holders and creditors will take the fall in order to save the “system-critical banks”……

Ordinary people don´t understand that “creditors” to the bank are ordinary people who have deposit accounts in the big banks. For example, let´s imagine that you have 100 000 USD in your saving account. From now on the big banks can steal 90% of your savings in order to save the bank from bankruptcy!! Imagine old people who have saved up their whole life and now it´s all gone in a blink of an eye – and all governments agree on this theft!! It´s a monumental deception and it tell us that all people (except those that have nothing) need to start to look for new ways of protecting our money.

From now on the banks can just start to seize your savings as soon as a crisis come. Since they decided this evil law in 2015 we can easily imagine that they are planning to generate the next crisis very soon (2018 according to a 1980s article in the Economist). All the people who have deposit savings can expect to lose parts of their money or even almost all of that money soon. This is the outrageous truth that no MSM outlets discuss in depth. 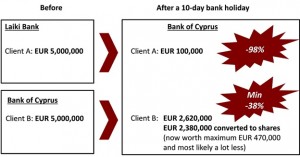 Cyprus citizens were robbed by their banks in 2015

The bankers are not stupid, they want to foresee people´s reactions to their “government approved” thefts. Therefore they created a major crisis in a mini country, Cyprus, in 2015 to see how people reacted when the bankers wanted to steal their bank deposits. There were demonstrations in the streets and the government decided to only take the money above 100 000 USD in the accounts. That crisis had no external crisis though: there was no war, epidemics or social unrest in the country. Still they managed to steal so much money. What do you think will happen when there is a war or an international financial crisis coming? They will steal all the money of course and then restart the financial system again with an even more evil twist of course.

Our tyrant rulers will probably take away all our rights in the end and many people will agree to anything because they have stopped thinking and are paralyzed by fear. In the next article I will try to find the emergency exits for people who want to protect their assets in the bank.