“All warfare is based on deception” – Sun Tzu, Chinese General 500 BC

It is clear from our earlier articles that marxism has destroyed our current civilization in line with Karl Marx “Communist Manifesto” during the 19th century. Today these marxists have rebranded themselves and put on labels such as globalists, liberals, socialists etc. Only the people at the very top of the global pyramidal hierarchy of power know about their real, essential plans. Where did the marxists learn their subversion strategy to take over the whole world? How can evil people be that clever and creative? Evil people are usually known to be particularly base and unintelligent. Based on open source information we found out that they stole their subversion tactics from an ancient Chinese General called Sun Tzu who lived  2500 years ago. 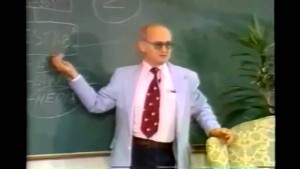 The Russian KGB defector Yuri Bezmenov mentioned during the 1980s Sun Tzu from 500 BC as a key inspiration for the global communist subversion strategy across the world. Sun Tzu´s principles of subversion of alien countries was summarized by KGB Agent Bezmenov this way:

Does this sound familiar to us modern people? In any case Bezmenov met a premature and suspicious death in 1993 – perhaps due to his extensive revelations about the communist conspiracy. His information is still as sharp and actual as ever today. In 1919, 2500 years after Sun Tzu´s era, allied forces found similar instructions in a secret document allegedly authored by the Communist International for their “young revolutionaries”. The document was titled “Communist Rules of Revolution”: 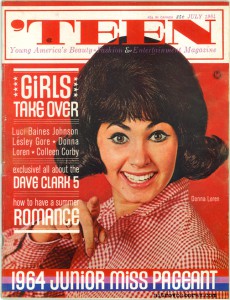 It seems like the hidden Masters of our modern marxist society studied the ancient sages very carefully and then copied their strategies to a maximum extent in order to subvert the whole world. Their idea is to undermine people´s moral standards across the world in order to exterminate family, nation, ethnicity, religion while gradually creating their own dictatorship to enslave the world´s people as one herd under one global shepherd and one global satanic religion. The above mentioned rules for revolutionaries have already been implemented in the whole west excluding the firearms registration in the US which the Obama administration has been pushing for. With modern technology you get attention from modern people many hours every day. As long as you control music, movies, MSM, education, religion, science and government you will be able to put any information into people´s minds by endless repetition. 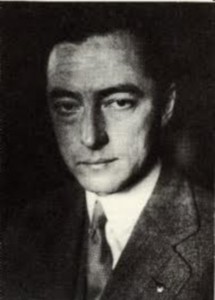 In fact, already in the 1930s the Austrian top diplomat Richard Coudenhove-Kalergi revealed the marxist´s most secret plans:

— Richard N. Coudenhove-Kalergi, Totaler Staat – Totaler Mensch (Total State – Total Man)
The true meaning of all this is what we can see today: the State has become God and it has replaced Church and it has taken a much more dominant role than the Church ever had. People in old times complained about paying ten percent taxes to their Church while today nobody complains about paying about 50% tax to the government.
The State listens to all your phone calls and he can listen to whatever is said in your home too by using the phones – including when the phone is switched off. The most obvious signs of fraud is that no powerful politician opposes this legislation which destroys people´s private sphere.
The final step to ultimate power has been disclosed by the hidden Masters but it´s too shocking for many people to accept. The essence of Kalergi´s statement above is that the government Officials will demand to be worshipped as human Gods. We can see something of this phenomenon from the elite in an early speech from Mao Zedong about Tibet and Dalai Lama:
“Dalai Lama is a living Buddha. He is a living God. He was not elected by the people… They believe in the Dalai Lama and its local chief much more than they believe in us. It is impossible to shake his position…” (“Radicalism, Revolution, and Reform in Modern China” By Catherine Lynch,Robert B. Marks,Paul G.)
The speech above discloses the pyramidal hierarchy of the global elite and that political leaders of all countries are merely puppets of the real decision makers of this world – super bankers and unknown occult rulers. We can expect that in the future these masters will come out openly and demand to be worshipped as living Gods by all people in the world. They will try to impose their own pyramidal hierarchy on the whole world. We even see some signs of it today when George Soros, the famous banker and globalist told people in an interview:
“It is a sort of disease when you consider yourself some kind of god, the creator of everything, but I feel comfortable about it now since I began to live it out.“

The next few years will, according to key prophecies like the “Eternal Book” be the most memorable in all history. Human beings will come to know things never known before and they will be utterly shocked by the truth.