Heimdallr Blows His Horn To Call For All Human Beings In 2017?

Sep 23rd 2017 is going to be very special because of the unique star alignment in line with the Book of Revelation 12:1. We also know that the “Feast of Trumpets” will kick off in Israel on the very same day. In the Bible the “Feast Of Trumpets” meant the coming of the Lord to give Israel new laws and prepare them for paying back their sins.

We have recently discussed many of the signs for 2017 and the first resurrection taking place. We have seen all kinds of prophecies marking 2017 as the big year. We have also seen that the stars will align in a unique way at the time of the Feast of Trumpets on the evening of 22nd of September.

Now we can show you another ominous sign from Norse mythology about this date of September 22nd(23rd in some time zones)  and it seems to confirm the “Feast Of Trumpets” being the first time in thousands of years that the Lord and various other Gods will manifest themselves to human beings again.

Norse Mythology has its own story for this event and they claim that Heimdallr(”the whitest of Gods” and ”the one who illuminates the whole world”) will blow his horn(compare with the trumpet in the Bible..) to warn people and Gods of Ragnarök when the Giants pass over the Bifrost bridge to the human world(Midgard).

Not only that, the Norse mythology also mentions a final Rooster crowing to Hell just before the blow of the horn resounds. As everyone knows 2017 is the Year Of The Fire Rooster(fire is connected to Hell)… The state of the world at that moment is described as the following in Völuspa:

Brothers shall fight | and slay each other,

And sisters’ sons | shall kinship stain;

Hard is it on earth, | with mighty whoredom;

Nor ever shall men | each other spare.

This very much sounds like our present world state. In the next stanza, the events of Ragnarök starts to unfold:

The sons of Mim(the wise and knowledgeable human beings) dance(of joy) when fate is heard in the note of the Gjallarhorn. When the loud horn resounds people who are on “hell-roads” quake in fear – knowing the terrible things that await them. So there will be some people who will celebrate when this thing starts. Others will have great fear.

The rest of the Völuspa prophecy can be read here and it involves the End Times battle of all Gods, evil and righteous, and the final fate of mankind. In the end there will arise a new world, more wondrous than anything before. The human survivors are called “Liv” and “Livtrase” which means “protection” and “swelling life” respectively. Note that these names contain the Chinese name of “Li” as we see in so many end time prophecies. 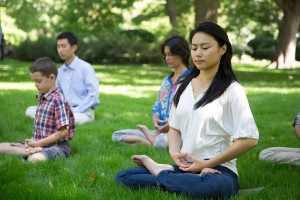 We have added yet another crucial component to understanding this unique year of 2017 when all prophecies seem to converge around the topic of judgment and truth being presented to mankind concerning the existence of Gods and the truth about Falun Gong as a righteous way for future people to reach enlightenment. Furthermore the ”Beast Of The East” is prophecied to die this year by Ragno Nero – indicating the demise of former CCP tyrant Jiang Zemin who started the persecution of 100 million Chinese  Falun Gong practitioners. Finally, the persecution of Falun Gong has been ongoing for 18 years in 2017(6+6+6 = 18 – the Devil´s number) giving yet another sign of the importance of this year.