The Step-By-Step Plan To Subvert Mankind Into Dehumanized, Enslaved Goblins

We have talked about the current marxist culture but what is their real objective?

If we take a close look at the west we all know that the MSM promotes ”multiculturalism”, ethnic diversity, LGBT, atheism, materialism, sports, sex, violence etc. Media is the ultimate weapon of our hidden leaders and money production by the central banks is the ”untouchable issue” that no governments touch. They show people a low inflation rate but they don´t show them that the Fed produces more and more money every year that depreciates the value of your money.  In the inflation rate they don´t include the prize increase of apartments and houses which are the biggest costs for every person. People are deceived every day but they don´t know it.

The Monetary Base Explodes – Never Mentioned In The News

First of all, what do the marxist globalists want to achieve?

They want a ”two-class” society where there are Masters and slaves. Karl Marx was also very clear on that. All communist countries always supported the Central Bank idea where the money printing is beyond the control of the national government. This is something outrageous working against the people and it is a monopoly given to the super rich families controlling the Fed Reserve, IMF and such institutions. The same goes for the banning of private property – it means that the whole country is stolen by the super rich bankers who control our governments and our money production. 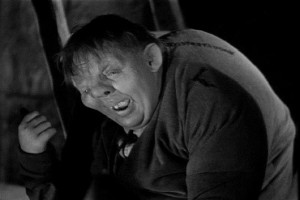 Scientist To BBC: The Enslaved Class Will Become Goblins

A leading evolution scientist claims in a BBC interview from 2006: “Humanity may split into an elite and an underclass”, says Dr Curry in an interview with BBC. The article further states that “The descendants of the genetic upper class would be tall, slim, healthy, attractive, intelligent, and creative and a far cry from the ”underclass” humans who would have evolved into dim-witted, ugly, squat goblin-like creatures” We all know from the jewish Talmud that the jewish masters of the world are supposed to rule all “goyim” as animal like slaves in the future.

Do we believe that we will become goblins “naturally” as in “natural selection” or do we believe that the evil rulers will transform us into goblins by engineering us into such creatures? Do we really believe that Globalist rulers will become tall, healthy and intelligent people by natural selection?… We have already pointed out the great frauds committed historically by evolution scientists such as Charles Darwin. They suppress new evidence and promote their own stuff in order to control mankind.

We clearly understand how the rulers brainwash the masses with “fake science”. I know for a fact that there are many men out there that would fight until death for their freedom if they knew that complete enslavement and loss of their willpower and human body is at stake.

Why Globalists Support Multiculturalism And Diversity 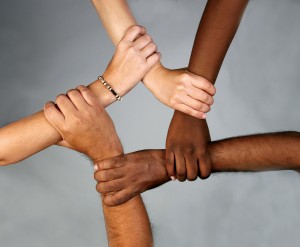 Diversity Is Exploited To Divide And Conquer

As we mentioned before the globalists work with dialectics to create and control both sides of conflicts. MSM is their primary psychological weapons to control the minds of the people. The end result will always be that you get what you want. Does it sound cruel and inhuman? Yes it is.

Islamization and ”multiculturalism” is on the agenda these days and these phenomena achieve many things for the globalists:

The multiculturalism of today is only a means to achieve the final objective of absolute tyranny by  using the Machiavellian principle of ”divide and conquer”: mix all races, cultures and religions until chaos is achieved in society and a dictatorship can be enforced with the support of the desperate and scared people. People won´t realize that the governments created the whole chaos and is their worst enemy. Soon the MSM will turn against the Muslims and kill the muslim culture and try to implement their absolute tyranny.

Governments Create, React And Solve All These Problems – Dialectics

Fundamentally most governments work in the same way against their own people by creating problems for them. Ie they import millions of alien people into their country in order to create chaos and grasp absolute power. They can make use of MSM, intelligence agencies operating outside the laws, corrupted court officials, police officers, companies, NGOs etc in order to destroy the whole society.

The second step occurs when desperate people ask their government to solve the problem for them. This is the reaction phase. Then the government will ask for more power in order to clamp down on the ”insurgents”. They will impose new civil laws and they will create some special secret police with unlimited power. They will impose mass surveillance. In any case they will increase their power in the next step as a reaction. People will have limited freedom to move around.

The third step involves the imposing of tyranny. Suddenly the new dictator will attack democracy, he will expose our corrupted politicians and then the people will support the new dictator. After having grasped complete power the new dictator will start to persecute people and become a real tyrant. This is the next step that we are waiting for in the west now. Democracy as we know it is already doomed.

A Slave Race Controlled By Microchips – Longterm Objective of the Globalists 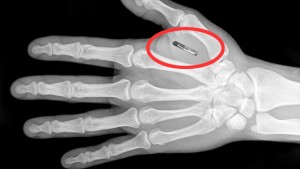 These young brainwashed people are the easiest to control and they believe high technology is the best thing on earth. In Sweden there are now many young people who voluntarily get a microchip implant ”because it is convenient”. They have no idea  about how the government wants to control them in the future. Imagine that they block your payments. From that day on you won´t be able to pay any bills or buy groceries. Only older people who have experienced how corrupted our governments are will resist these things.

The microchip implants today are exactly in line with Dr. Day´s predictions in 1969.

Sex And Sports – Circus To Keep The Masses Under Control

Sex And Sports – The Best Combination To Keep People Busy

It is well known to any ruler that the masses must be kept under control. According to the 1946 instructions for Communist Revolutionaries sex and sports are the best way to corrupt people and make them forget everything about important things in life. This is why the whole television and spare time is filled up with these two things. They make your mind busy thinking about these things which are not important for our human life. Instead it makes us forget about all the bad things our government is doing.

While Everything Looks Like Chaos It Is All Under Perfect  Control 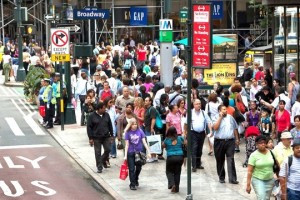 People in big cities commute several hours per day, they sit in front of a computer screen all day long scarcely seeing their loved ones at night, they eat fast food and surf the internet. In the news there is a constant threat of new terrorism and natural disasters. The movies have their usual blend of sex, egotism and violence.

At school their kids use their mobile phones to send hundreds of useless messages every day instead of studying. Many boys play computer games all night long and many kids can´t graduate. No matter how hard you work it´s very hard to afford buying an apartment.

People have lost almost almost everything of a real human life including time with their family – if they even have one, relatives, contact with nature, spiritual belief, traditional culture, natural food, village community etc etc.What hope is still left for people? They are still alive and they get food every day. They are just waiting for the next phase when they will know the truth about the human life.

The Scary Truth About Tibet And Human Enslavement 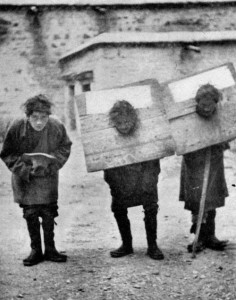 Tibetan Serfs – Nazis And Communists Were Both Impressed

Two books: ”In Secret Tibet” and ”Darkness Over Tibet” were released by the great German explorer Theodore Illion in the 1930s. Some people have discarded his books as fantasy but in reality his books are more interesting than ever. He disclosed that the top secret underground city in Tibet used human slaves who had no will of their own, a kind of human corpse following any instruction of their Master without any personal thoughts or ideas. He said they were walking dead men serving their masters and doing all the simple labour work.

In his opinion that was not the most scary part however and also not that the members of this top secret society were cannibals. The most scary part was that they gave their souls to the devil while thinking that they were doing good things for mankind. In all secret societies a pyramid power is used and hence nobody at the lower levels knows what is going on at the top but it´s all bad things aiming at maximizing personal power and wealth.

In Tibet the top secret society in the 1930s described by Illion had reached the zenith of evil with unimaginable sorcery being used to control the whole world. These people even boasted that they could control the ”karmic retribution” of whole countries, spread plagues, disasters etc in various regions at will by using their superior technology and sorcery.

In Illion´s opinion Buddhism(ruled from Tibet) was a death machine capable of twisting any good person into a formidable tool of the devil and pull any people down into slavery, misery and hell while making them believe that they were doing good things. This is perhaps the ultimate question for mankind in the future, to ensure that no evil people can control divine faith, traditions, technology and media to enslave and destroy mankind by subtly undermining all faith and morality while tricking people into believing that they are doing good things. Even a shrimp thinks the boiling pot is comfortable at the beginning as the water heats up slowly. Finally he is boiled to death but it´s too late to do anything about it.

Mankind´s Prophecied Support From The Gods 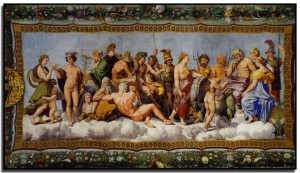 Mankind will be given a prophecied chance to get rid of its evil culture very soon but how many can realize the truth about marxism enslaving the whole world with nice words and mass propaganda about technology, diversity, human rights, equality, brotherhood etc? How many can realize that their governments are betraying their people and countries and especially their children who become weaker by the day in this corrupt high technology driven culture.

Back To The Future – Traditional Culture

How many people can change their minds and thoughts quickly and realize that traditional culture is the only way forward because it´s the culture imparted to humans by Gods? Mankind may imagine that it decides over this world but Gods may have a different opinion. It is said in prophecies that only people who support the divine will be able to make it into the future.

Traditional culture was imparted by Gods but how many people support and realize the value of traditional culture today? In fact it´s the only choice for the future mankind. Gods will show us the way forward but human beings consider themselves Gods and in charge of the human world today. This is similar to a bunch of people accelerating a  bus towards a cliff edge while thinking that they are doing progress because the bus is speeding up. Gods have always been in charge and this phase of human civilization was allowed to take place in order to test which human beings would choose good or bad things. The ones who choose good things can remain and the others will perish. This is exactly in line with prophecies such as the Knight Templar Prophecy from 1099.